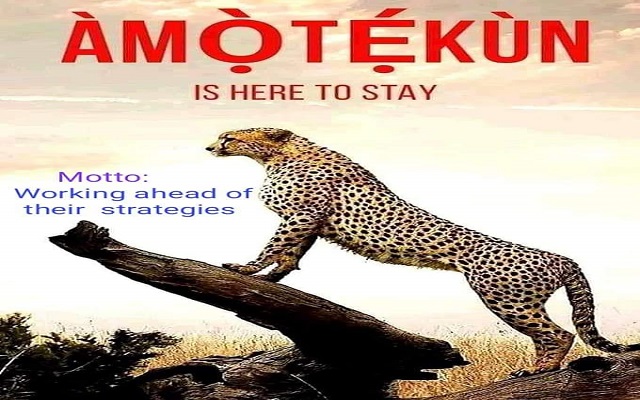 The recent  launch of Yoruba para-military  security outfit, Amotekun,  the revelations  surrounding it and the reactions it has  generated over the weeks  are symptomatic of  two fundamental problems that have refused to depart Nigeria since time immemorial: lack of sound solutions to social problems and  politicization of everything.  I declare here from the outset that Amotekun is   just a political reaction to Nigerian security problem. It is a hairdresser solution  that can never yield results. Security enforcements don’t solve security problems- history has never in any part of the world recorded one- social welfare  policies do.

The North of Nigeria houses all security institutions: from Army to Navy to Airforce and Police. The headquarters are there. The training institutions too are. With all these the north still houses about 14 major  vigilante groups  out of which Kano alone has 5. How come the entire north remains the most unsafe part of Nigeria today, and  what makes anyone think Amotekun will work to save the South West! Even Amotokiniun,  Amoterin and Amotokooko will not give an iota of security in Nigeria until we restructure the state.

Is it by accident and mere coincidence that Fela Kuti, decades ago,  sang ‘Permbulator’ to describe Nigeria’s  hairdresser approach to solving social problem? Has anything changed till Behold the some lyrics of Perambulator (1984) Lagos full of dirty Town Council just dey take salaries for nothing Commissioner wants to do something about it He call meetings for office- no solution Him do cabinet reshuffle- no solution Plenty money dem dey spend- solution Commissioner go to London- no solution Him come make  big press statement- no solution:

“I am going over to London- no solution, to learn how English carry dustbin” – no solution.

And then Fela declared:

You see, him just dey perambulate and him still dey: same same place.

What, for Amadioha’s sake,  is the connection between waste management in Nigetia and Commissioner’s travel to London?

The Amotekun speaks volumes to the failure of  the state that  forces the people to seek alternatives. But it is not the solution.  Community Development Associations take up electrification, road construction and even security works in many parts of Lagos because  the Ministry of Works never works, and electricity  distribution companies distribute darkness.  Town Unions are rallying points for medical and  educational supports in many places because neither public  hospitals nor schools work, and public servants never patronise them. The same line of reasoning led to the the creation of Bakasi, Egbesu and OPC of the old- they still exist really, but perhaps  have been politicised. Have any of these improvised structures  fundamentally addressed  the social problems that brought them or they have just been hairdressing?  Now here we are with Amotekun.

Security comes first as social policy  before it goes to social enforcement. Amotekun will operate amongst state governments struggling to pay salaries that are even below the 30k national approval. Amoteku members will operate in an environment where when wounded on duty, they will go to Iyana Ipaja health centre for treatment while the governor that they are protecting fly to London hospitals. Amotekun members are in that force not to protect their fatherland. They know that if they were in other climes, their father lands would have secured the needs of water, house, health and education; for them and their families.  But their fatherland here only make such provisions for the governors and their deputies ex or in service.  Is this the Amotekun situation we are dancing about?

Like SARS abandoned robbers and kidnappers for Yahoo boys who have the cash to spend, apparently due to the contradictions mentioned above, keep Amotekun on the streets today, tomorrow you see how leopards  fraternise with goats that eat the yam we protect.

The  Northern experience has shown in Nigeria that security is not the presence of enforcement,  but that of  social policies. If Nigeria remains highly skewed in reward system, if basic social values as house, water, light, job roads are not available for majority, if only the president and his cronies have access to good health in London, their families alone can afford the good schools….if things remain the ways they are in Nigeria and there’s no restructuring, Amotekun has failed completely before it starts, and Nigeria will continue to be a perambulating state.

Dr Eesuola is of African Political Thoughts and Behaviour

Institute of African and Diaspora Studies 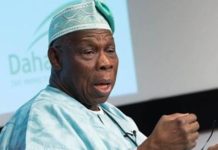 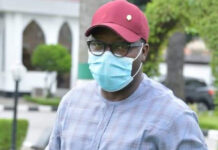 Back on the Beat after Defeating COVID-19 By Gboyega Akosile 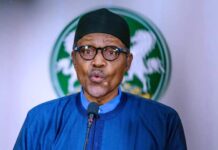