Electricity consumers in Malumfashi Local Government Area of Katsina State have decried the epileptic electricity supply by the Kano Electricity Distribution Company (KEDCO). They told the News Agency of Nigeria (NAN), in Malumfashi on Thursday that the situation had crippled business activities in the area. “We hardly receive supply for 72 hour in a month and yet the company gives us exorbitant bills for payment’, the majority of respondents said.

Alhaji Ado Giwa, Chairman of Welders Union in Malumfashi, told NAN that his members faced enormous challenges as their business relied on electricity. He said they spent much on maintenance and fuelling of their respective power generating sets which reduces their earnings. Giwa said welders could not depend on KEDCO’s poor electricity supply as it does not meet their demand. He added that in spite of the epileptic supply from KEDCO, they still received exorbitant fixed charges of about N15, 000 each month which was worrisome.

According to him, hand written bills are forwarded against the company’s practice and workers demand immediate payment or disconnection of the customers’ line. He expressed optimism that people would pay if services matched the bills and urged stakeholders to intervene in the electricity supply challenge in Malumfashi. Mrs Hassanat Busari, owner of Alhayat Superstore and popular Anonuwako Cold Store on BCGA road, said poor electricity supply had slowed down her business.She said cold store business owners experienced poor patronage and yet KEDCO forwarded high bills each month.

Lara said KEDCO charged individual houses between N4, 000, N5, 000 and N9, 000 in a month while businesses/shops and commercial entrepreneurs paid about N15, 000 estimated bills against previous billings of between N2,000 to N4,000 per house and N6, 000 for businesses/shops.
Efforts to get response from KEDCO in Malumfashi failed as officers said they were not authorised to entertain press enquiries. 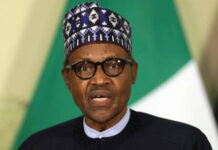