The last may not have been seen of the raging battle between Senator Shehu Sani, representing Kaduna Central and the party Excos at his immediate constituency of Tudun Wada Ward 6, as he was given another indefinite suspension at the expiration of his 11 month suspension last October. A group, Kaduna Democrats, had in a media statement Thursday in Kaduna taken a swipe at the Senator for allegedly “diverting attention of the people, instead of facing the disciplinary action taken against him by his immediate constituency of Tudun Wada Ward 6 “.

Chairman of the Kaduna Democrats Forum Mohammed Ibrahim, argued in the statement that it was surprising how a routine party disciplinary measure should have caused any uproar, advising the Senator to “do needful and shun use of abusive language as a true APC member”.The party Exco at his Ward had in a strongly-worded letter days ago, said they found the disposition of the Senator unrepentant within the eleven months that the first suspension lasted. They declared that his inability to remain sober while the first suspension lasted, compelled the Exco to take the next constitutional step by serving him with an indefinite suspension.

Trouble started when a ward chairman in the Senator’s Ward 6 addressed a press conference in which he alleged that state governor was influencing his dismissal from the party, an allegation the Ward Excos discredited two days ago at a press conference.In his personal response to the indefinite suspension, Senator Shehu Sani was widely quoted by the media as having blamed the governor of Kaduna state for his dilemma on his Facebook wall. He also described the party’s sanction as “useless” among other things.

Responding to a question on TVC television channel on Thursday regarding the jabs  by Senator Shehu Sani against him, following the indefinite suspension,  governor Elrufai explained thus : “I have never responded to Shehu Sani’s rants, and abuses and criticisms because I’m the governor of everyone in Kaduna State. The right to criticize, the right to commend public policies is a constitutional right. I have never responded to him….I never commented on what he is doing. The party has taken certain steps to discipline him, but that has nothing to do with me, I’m the governor of a state, I’m not the chairman of the party. Most of his criticisms are immature”.

Meanwhile, seven Local Government council bosses in Kaduna State have lent their weight behind the indefinite suspension order.Thepoliticonewsonline recalls that the suspension was signed by 18 members of the Senator’s Ward 6 in Tudun Wada, according to the party’s Ward Secretary, in an interview with Liberty Television political magazine programme titled “Turbar Dimokradiyya”.

Investigations revealed that stakeholders of the APC in Kaduna State have been making frantic moves to reconcile the Senator with his Tudun Wada Ward 6 excos, but a lawyer, Barrister Muazu Isa told thepoliticonewsonline that reversing an indefinite suspension of a party member may not be as easy as many would think.For now it is unclear how the new dimension to the issues between the embattled Senator and his party excos in Ward 6 would end, but there are hopes that peace would reign in the end. 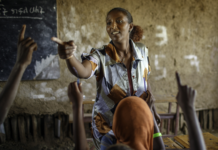 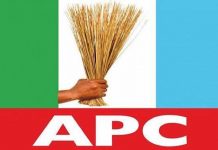 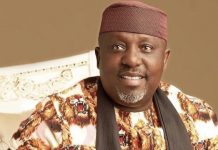