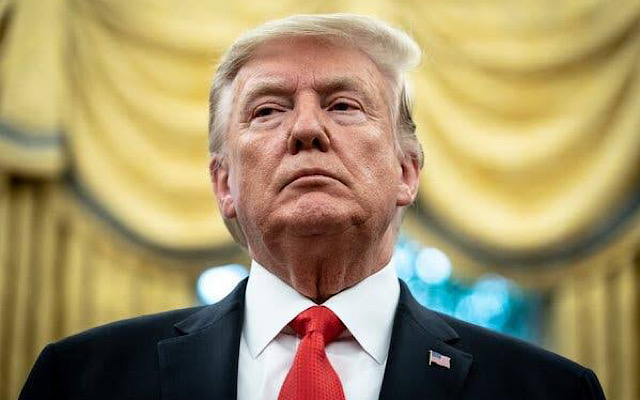 20 Republicans to Vote for Trump’s Impeachment.

A number of of the U.S House Republicans have announced they would be supporting the impeachment of President Donald Trump for his role in inciting last week’s riot as congressional Republicans made their clearest break with Trump to date after he showed no remorse for the US Capitol mob.

While a majority of House Republicans are expected to oppose the article of impeachment on Wednesday, as many as 20 are expected to vote in support of Trump’s removal, the Cable News Network (CNN) reports.

The first impeachment backers included the House’s No. 3 Republican, Rep. Liz Cheney of Wyoming, in a remarkable rebuke with a President who has been unassailable in the House GOP conference throughout his four-year term. While House Minority Leader Kevin McCarthy is opposed to impeachment, House Republican leaders are not lobbying their members to oppose it, and Cheney told the conference Monday it was a “vote of conscience.”

The Senate Majority Leader, Mitch McConnell, has also, according to an undisclosed source, indicated that he believes that impeaching Trump will make it easier to get rid of the President and Trumpism from the Republican Party.

The scurrying away from Trump in the hours before the House will vote to impeach him Wednesday is the fiercest pushback the President has faced from Republicans since he was a GOP primary candidate who party leaders believed would fade away.

The GOP strategy on impeachment is a marked departure from the approach in 2019 when Republican leaders pushed their members to fall in line and no GOP House lawmakers defected. It shows the splintering of the GOP and how the party is deeply divided over how to respond to Trump after he incited last week’s deadly Capitol riot.

Rep. John Katko of New York was the first Republican to publicly state he would vote to impeach Trump, saying in a statement on Tuesday that he supports the impeachment because the President needs to be held accountable for his actions.

“To allow the President of the United States to incite this attack without consequence is a direct threat to the future of our democracy. For that reason, I cannot sit idly by without taking action. I will vote to impeach this President,” Katko said on Twitter.

Cheney quickly followed with a statement of her own, offering some of the harshest criticism of Trump for his role inciting the rioters.

“The President of the United States summoned this mob, assembled the mob, and lit the flame of this attack,” Cheney said.

“Everything that followed was his doing. None of this would have happened without the President. The President could have immediately and forcefully intervened to stop the violence. He did not.

“There has never been a greater betrayal by a President of the United States of his office and his oath to the Constitution,” she said.

Illinois Rep. Adam Kinzinger, also announced on Tuesday evening that he supports the  impeachment of the President Trump.

Democrats are nearly united in their belief that the President deserves to be impeached and removed in the fallout of the pro-Trump rioters that breached the Capitol and put the lives of lawmakers and the Vice President Mike Pence in danger on January 6.

The House is also urging the Vice President Pence to invoke the 25th Amendment, in order to remove Trump from power.

The House will on Wednesday be taking up a resolution and vote to impeach Trump for “incitement of insurrection.”

This will be the second time in 13 months that the house is calling for the impeachment of President Trump and this will make him the first President in history to be impeached twice.

Meantime, VP Pence has written to the House indicating that he would not invoke to the 25th Amendment to remove Trump from office.
The call for Trump’s Impeachment became louder aftermath of the invasion of the Capitol by mob loyal to the President.