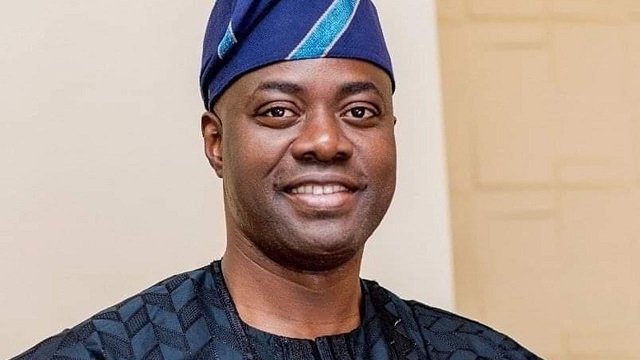 Oyo State Governor, Seyi Makinde, on Tuesday said 46 persons have submitted complaints of infractions and right abuses through the platforms set up for reporting police brutality and right violations in the state.

Makinde made the disclosure while meeting with the representatives of #EndSARS protesters, artisans, youth groups and drivers at the State Secretariat in Ibadan on the need to work together to restore peace in the state.

The governor said the state had created Email address and a section on the state website for reporting of police brutality to fast-track the job of the Judicial Panel of Inquiry, which he said will be inaugurated next week.

He also assured that the representatives of the youths and artisans will serve on the panel of inquiry.

The governor added that representatives of youth organisations and the artisan groups present would serve on the panel that will oversee the disbursement of the 500 Million Naira Victim Compensation Fund for victims of Police brutality and his administration’s N500 Million for Micro, Small and Medium Enterprises (MSMEs) support fund for youths.

Makinde told the gathering that the meeting was to ensure the buy-in of all stakeholders so that the Police can return to their duty posts immediately, noting that a society without security is heading towards anarchy.

He stressed that despite the recent protest against police brutality, which he described as a worthy cause, people must know that the Police and the people would have to come together to build a better society together.

“Our Police will come back now. Somebody talked about State Police. Well, that is a constitutional issue. We are putting the request forward because members of the State House of Assembly are here. Oyo State alone cannot make the reforms,” the governor said.