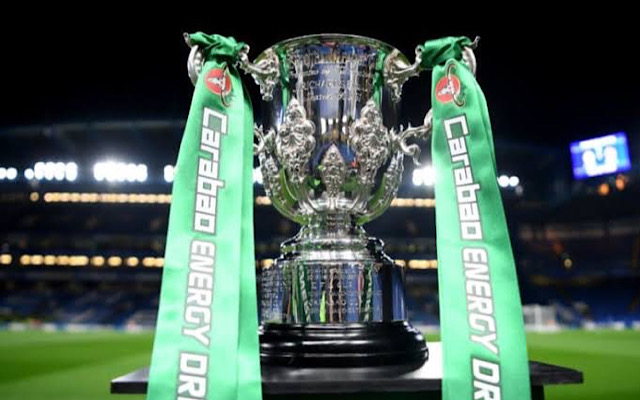 The Carabao Cup final between Tottenham and Manchester City will have 8,000 fans in attendance after it was confirmed as a pilot event to test the return of big crowds.

According to BBC, a  proportion of tickets will be made available to both clubs for the game at Wembley Stadium on 25 April.

The rest will be given to local residents in Brent and NHS staff.

Rick Parry, chair of the English Football League (EFL), said it was an “important milestone”.

On 18 April, the FA Cup semi-final between Leicester City and Southampton will have 4,000 fans while the final on 15 May will welcome 21,000 spectators.

Those games may also trial a Covid passport scheme, where passes would show if a person had been vaccinated, had a recent negative test, or natural immunity.

The matches are three of nine events across sports and the arts – which also includes the snooker World Championship – which will be used to provide “key scientific data and research” into how events can safely re-open to fans in line with the roadmap out of lockdown.

Researchers at the events will “gather evidence associated with different settings and approaches to managing and mitigating transmission risk”.

Culture secretary Oliver Dowden said: “Our sports stars and great performers need us to find ways to get bums back on seats safely.

“This science-led pilot programme will be the springboard in getting the buzz back of live performance. We’ve supported the sports and arts with unprecedented sums, but it’s now time to make that Great British Summer of live events a reality.”

It had already been confirmed that the FA Cup final and semi-final would be test events but Sunday’s announcement confirmed the number of fans to be permitted and the potential use of Covid passports.

The Carabao Cup final was rescheduled from February with the objective of having “as many supporters in attendance as possible”.

Mark Bullingham, the FA’s chief executive, said: “We are delighted to be hosting three test events at Wembley and are confident we can offer a safe environment.

“This is an important first step towards getting fans back, with the end goal of full stadia – hopefully by the end of the men’s Euros [in July]. We would like to thank all authorities for their support throughout this process.”

Football in England has been played behind closed doors since the start of the coronavirus pandemic in March 2020, with the exception of a number of test events before the second lockdown later in the year.

Tottenham Hotspur Supporters’ Trust said it was unhappy there was no consultation with fans before the decision to allow fans at the Carabao Cup final was made, and about the lack of details around the announcement.

“This not only displays a complete disregard for the fans, it risks undermining the confidence needed in how the event is being conducted,” it said in a statement.