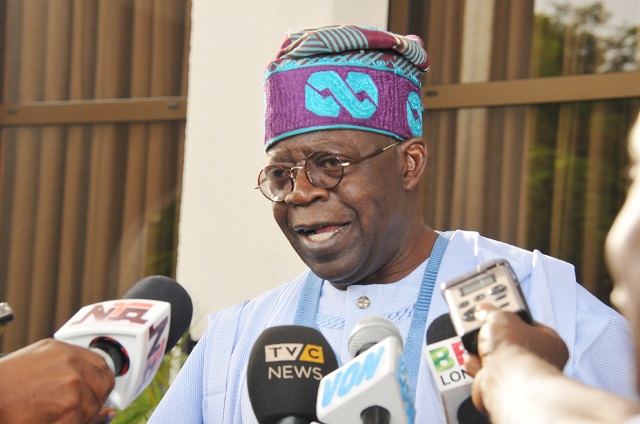 Former Lagos state governor, Bola Tinubu, has said Aisha, wife of President Muhammadu Buhari, has proven the need for the office of First Lady in Nigeria.

The APC national leader said contrary to the criticism of those who opposed the office, Aisha has been a voice of conscience in carrying out her role as first lady.

He said this on Thursday in Abuja while speaking at the book launch of Aisha’s biography titled, “Aisha Buhari: Being different.”

In 2014 when he was contesting for president, Buhari had promised his administration will not run an office of the first lady because it is not provided for in the constitution.

But the office has only been abolished on paper as Aisha continues to carry out ceremonial roles with the help of government-appointed aides.

Tinubu said Aisha’s achievements have laid to rest the concerns of those who once argued that such office is illegal and not needed.

“Given the first lady’s achievement, no one can reasonably question the role of a first lady any longer,” Tinubu said.

“Remember that there were those who argued that the constitution does not assign any official role to the First Lady. With Mrs Aisha Buhari, their concerns have been forever laid to rest.

“ The First Lady has played an uplifting, unifying role both in symbol and substance. She has been a voice of conscience calling us to be our better self for the good of the nation and for the vulnerable among us,” Tinubu said.