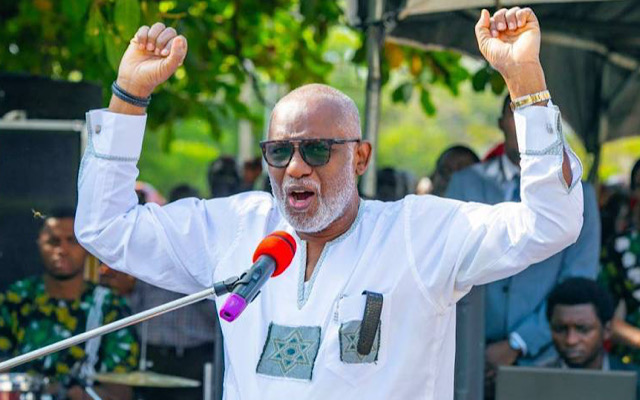 Governor Rotimi Akeredolu, SAN, has been declared the winner of the All Progressives Congress gubernatorial primary election held in Ondo State on Monday.

He polled the highest votes casts 2,458, to emerge the winner as announced by the chairman of the election committee, Governor Yahaya Bello of Kogi State.

The number of invalid votes stood at 33.