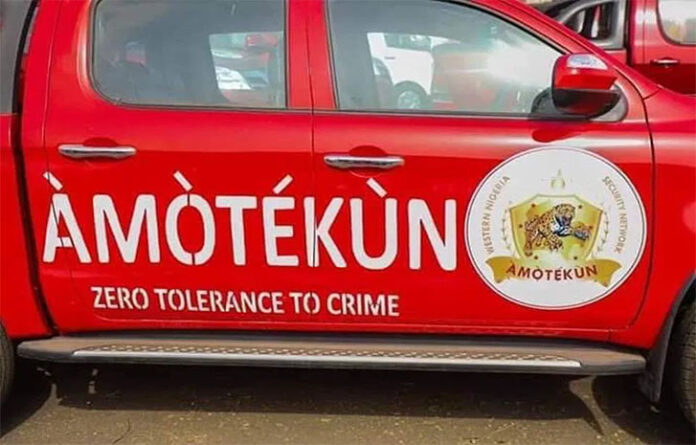 The Politico had reported the invasion of Okitipupa, the headquarters of Okitipupa local government, by alleged Fulani herdsmen.

The state commander of Amotekun Corps, Chief Adetunji Adeleye, said the decision was taken in the best interest of the people.

Adeyeye said their agent claimed that they belong to a non-governmental organization (NGO) that they contracted out.

“In the last three days, there have been issues relating to the invasion of the state by alleged Fulani men. Our intelligence showed us the influx of some people especially to the Okitipupa local government area of the state. So, we monitored and we found out that they converged in front of the army barracks in Okitipupa.

“They were there for a couple of hours and at that point, we tried to find out what their mission is, but because they couldn’t give satisfactory explanations we moved them to our local office first in Okitipupa to try to debrief them and from the debriefing at Okitipupa, we had to move them to the state headquarters for proper debriefing.”

“All they were told is they were going for training.Training for who, by who, or whatsoever, they did not know.

“But from the detailed investigation, we were able to narrow it down to their sponsors. The sponsors happened to also claim that they belong to an NGO, that they contracted out the training to a consultant who was supposed to train their men. They said they were going to train them as security guards.

“Right now we look at them as a security risk to the state, and at this point, we invited the sponsors, the head of the NGO, and chairman of the board. They have also explained. But we feel that we should let the people of Ondo State know that there is no crisis in Okitipupa local government.The way it was portrayed was as if some hoodlums or militants had taken over,” he explained.
He reassured the people of Ondo State that government is firmly on the ground in conjunction with other security agencies.

He advised them to go about their businesses, saying, “We have ensured that our intelligence unit had covered the entire state and we’ll alert the public on any wrong move.”