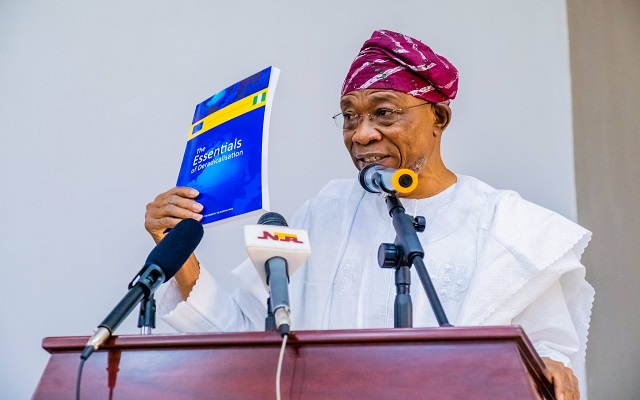 Minister of Interior, Rauf Aregbesola, has commended The Cable journalist, Fisayo Soyombo, and publisher, Simon Kolawole for their undercover work at the Ikoyi Correction Center, formerly known as Ikoyi Prisons.

This was disclosed by the the Ministry of Interior on their Twitter handle on Thursday.

A 2 minute 14 secs video where the Minister was addressing a group of people in a hall was tagged with the tweet by the ministry.

He documented his experience on “drug abuse, sodomy, bribery, pimping and cash and carry operations” at the facility.

The report prompted the Controller General of the Nigerian Correctional Service, Ja’afaru Ahmed to set up a panel to probe the allegations against the Centre amid allegation that there were plots to arrest and harass Mr Soyombo.

Mr Aregbesola’s public commendation is the first from government since the report was published.