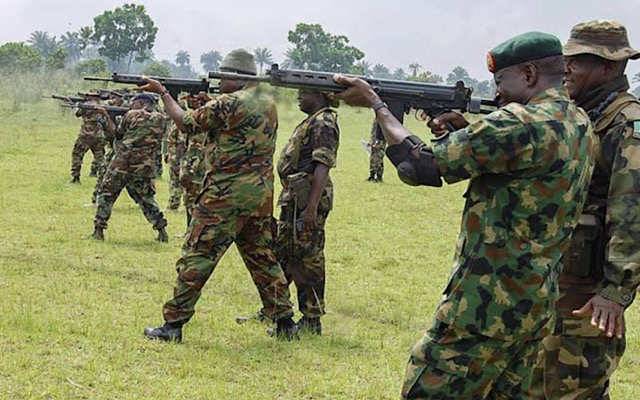 The Nigerian Army Guards Brigade has urged the public not to entertain any fear over the firing of field artillery guns during the 2019 Independence Anniversary Parade.

Assistant Director, Army Public Relations, Haruna Tagwai, in a statement on Saturday, in Abuja, gave the assurance to members of the public.

Tagwai said the 59th Independence Day Anniversary Parade was scheduled for October 1 at the Fore Court of the Presidential Villa Abuja.

“As part of the ceremonial activities for the anniversary, there would also be traditional firing of artillery gun salute during the occasion.

“Members of the public especially those living within Asokoro, Maitama and its environs are hereby alerted.

“They are urged not to panic on hearing the sound of firing of weapons during the aforementioned period,” he said.