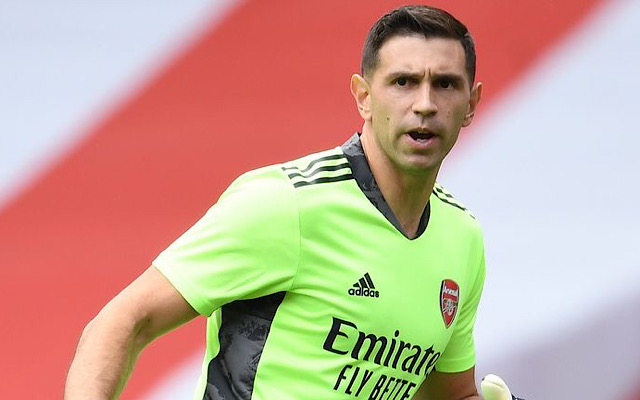 Premier League side Aston Villa have completed the signing of Arsenal goalkeeper Emiliano Martinez for £17m.

The 28-year-old Argentine, who made 23 appearances last season and played in Arsenal’s FA Cup final win over Chelsea, penned a four-year deal with Villa.

Villa manager Dean Smith said Martinez will be a “key player for our club for the long term”.

“It is rare to be able to buy a top-class goalkeeper who hasn’t yet reached their peak age,” he added.

“We know how highly Arsenal rated him and we watched his outstanding performances last season in a trophy-winning, top side.”

Martinez leaves Arsenal 10 years after joining as a youth team player in 2010.

Gunners manager Mikel Arteta decided Bernd Leno would be his first choice this season and the German started Arsenal’s Premier League opener on Saturday – a 3-0 victory at Fulham.

He is Villa’s third recruit of the summer after striker Ollie Watkins signed from Brentford for a club record fee and right-back Matty Cash arrived from Nottingham Forest.