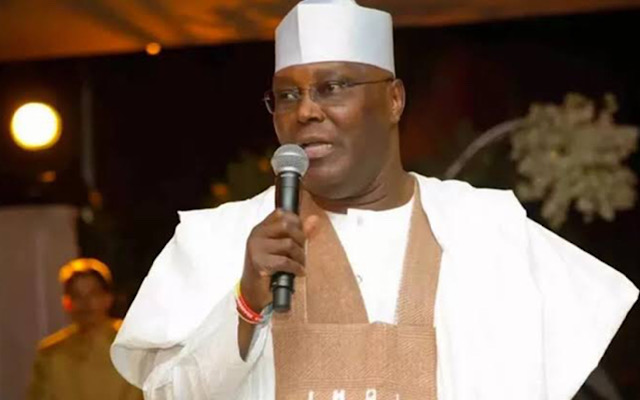 Former Vice President Atiku Abubakar has accused President Muhammadu Buhari’s administration of repressing the media and the citizens’ right to freedom of expression.

Atiku made the allegation while joining the Nigerian press to mark World Press Freedom Day on Monday.

The presidential candidate of the People’s Democratic Party in the last general election noted that the ability of the media to report stories without fear of intimidation and clamp down and the ability of Nigerians to express their thoughts freely has come under attack.

While congratulating the Nigerian press on the milestone it had attained over the years, especially in the enthronement of democracy in the country, Atiku urged the media to continue to be the pathfinder in the quest for a more prosperous and progressive nation.

Atiku said, “The celebration of World Press Freedom Day suggests a twin notion of an independent media and freedom of expression, which is enshrined as a fundamental human right.

“These two notions have been acknowledged to be indispensable in the working of democracy. A democracy without press freedom is like having fanciful machinery without an energy source to power it.

“And just as our experience in Nigeria, especially in the past few years has shown, democracy becomes an immobile concept when press freedom and freedom of expression are trampled upon.

“The ability of the media to report stories without fears of clampdown and intimidation and the ability of the people to freely express their thoughts responsibly has come under persistent haemorrhage by the current administration in Nigeria.

“When the voice of the people is repressed in a democracy, the natural tendency is a disconnect between the people and government. In such a situation, good governance is compromised, and the effects of bad governance begin to assume more significant manifestations.”