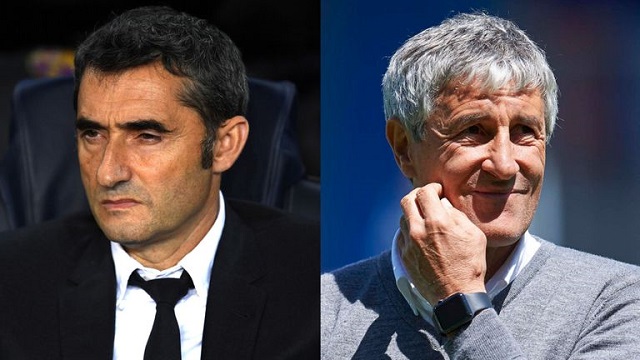 Valverde was relieved of his position following a board meeting that lasted more than four hours at Camp Nou on Monday afternoon.

“FC Barcelona and Ernesto Valverde have reached an agreement to terminate the contract that united both parties,” official club statement read.

“Barcelona and Quique Setien have reached an agreement for the latter to become first team coach until 30 June 2022.”

“Setien is one of the most experienced coaches in Spanish football.”

“Throughout his career he has been a proponent of possession based, attacking football that has been attractive to the fans,” it added.

The Catalan giants are top of La Liga but have won only one of their last five matches.

Their latest disappointment under Valverde was a 3-2 defeat to Atletico Madrid in the Spanish Super Cup in Saudi Arabia.

Setien will be presented in a press conference at Camp Nou at 2.30pm local time (1330 GMT) on Tuesday.