In introducing the concept of “soft power” in the late 1980s, the co-founder of the international relations theory of neo-liberalism, Joseph Nye, defined power as “the ability to influence the behavior of others to get the outcomes you want.” As opposed to “hard power” which involves “the use of coercion and payment” to influence others to get the outcomes you want, soft power entails co-opting and attracting people rather than coercing them.

Nigeria hardly has the former in her international relations practice, but she attracts the world through the latter in her culture (such as music and movies), her educated diasporas, and her sporting prowess particularly in football and recently basketball. Also, emerging from Nye’s soft power concept is a new term, “sports diplomacy,” which is the “unique power of sports to bring people, nations, and communities closer together via a shared love of physical pursuits,” that Nigeria gains from.

Reeling in our poor international image occasioned by advance fee fraud (419), Boko Haram, kidnapping, banditry, yahoo-yahoo, and religious crises, last week, the Federal Ministry of Youth and Sports Development (FMYSD) under Mr. Sunday Dare, announced to the consternation of Nigerians that President Muhammadu Buhari has approved a two-year ban on Nigeria’s participation in all international basketball competitions. This is even though basketball is a sport through which both our male and female teams have recently built, and continue to build, a good image for Nigeria, amidst our dwindling fortunes in football.

According to the March 2022 FIBA ranking, Nigeria is Number One in Africa and Number 22 in the world in men’s basketball, while in the women’s, she is Number One in Africa and 14th in the world. With these impressive records, it defies reason that the Chief of Staff to the President, Professor Ibrahim Gambari, who is a well-established and world-renowned international relations scholar and practitioner, would allow such a callous and self-serving proposal of withdrawing the country from international competitions for two years, to even get to the president.

In a recent interview, Mr. Dare told Nigerians that he took the proposal of withdrawing Nigeria from international basketball competitions to the president because there was an intractable infighting within the basketball family in the country. According to him, after briefing the president on his efforts to bring the warring factions together, and their refusal to reconcile, the president approved the withdrawal.

The truth, however, is that Mr. Dare became minister during the golden age of basketball in Nigeria, which was despite the infighting, and became a willing tool of further destabilization, in the hands of the warring faction led by Mr. Tijjani Umar, a permanent secretary in the presidential villa.

The Politico Online had reported in Nigeria Basketball Federation (NBBF) Crises: The Facts , how Mr. Umar plotted to succeed himself and to become a life president of the Nigeria Basketball Federation (NBBF) in 2017 but failed. His failure, in the face of the $2.2 million he sourced from Southern Africa for the NBBF Premier League, became the harbinger to the crises that engulfed the federation, as also reported in NBBF’s Stolen $2.2 Million.

Given Umar’s position in the presidential villa, Mr. Dare sided with him against the mainstream basketball leadership. Mr. Dare did everything to disunite, rather than unite, the basketball family. He postponed a legitimate elective congress, he usurped the functions of the NBBF leading to Nigeria’s disastrous outing in the Tokyo Olympics, he tried to throw out the FIBA-approved constitution of the NBBF, and when he failed, he set up an unconstitutional parallel electoral congress in Abuja that ‘elected’ a phantom NBBF president from the Umar-led faction.

When FIBA monitored and recognized the NBBF constitutional elective congress that elected Engineer Ahmadu Musa Kida as president in Calabar, Mr. Dare and Mr. Umar decided that to cut loose from the world governing body, they must withdraw Nigeria from all international competitions. This, they have done, and the next plan is to set up a caretaker committee of members of their own choice to draft a new constitution that will give life presidency of the NBBF to Mr. Umar who is retiring from service this year.

The Politico Online had reported on How Sunday Dare is Killing Sports in Nigeria in which Nigeria’s inglorious exit in the last CAF tournament in Cameroon and the role of the Dare-led ministry were highlighted.

So much for acting in the interest of Nigeria, as Mr. Dare claimed. And there goes Nigeria’s soft power through sports diplomacy. 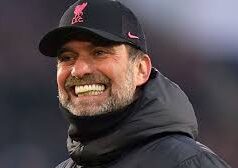 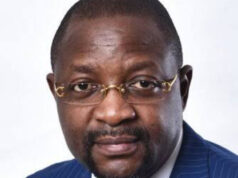