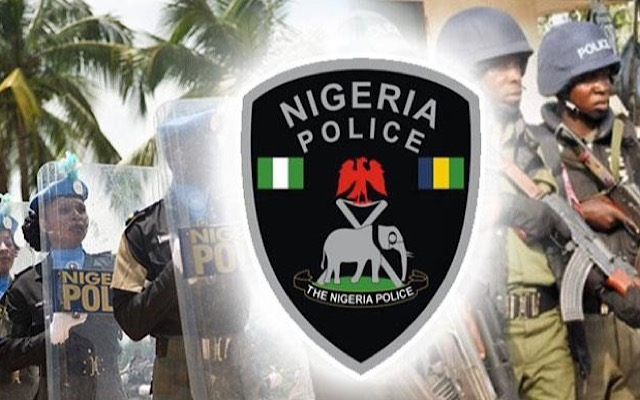 The Bauchi State Police Command has arrested 185 suspected criminals in connection with various crimes within the State. 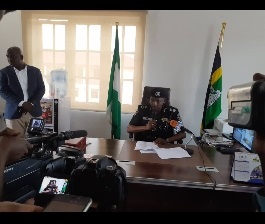 Parading the suspects before pressmen at the command headquarters on Monday,  the state commissioner of police Habu Sani said the briefing is to update members of the public  on the feat so far achieved in the ongoing fight against crime and criminality under the special operation code name “Operation Puff Adder” 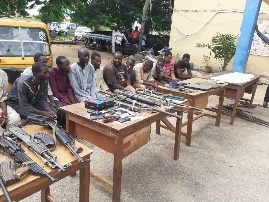 The state police chief said, “so far, the Command tactical teams attached to Operation Puff Adder have between the months of August and September, 2019 arrested one hundred and eighty five (185) suspects in connection with armed robbery, kidnapping, cattle rustling and  vandalism.

“Other  suspects were arrested connection with theft of electric cable, dealing with counterfeit currency, cultivation of weeds suspected to be cannabis/ Indian hemp, criminally changing IMEI numbers of stolen/robbed cell phones and other heinous crimes in Bauchi state.

Some of suspects include two (2) suspects responsible for many robbery cases including the recent attempted armed robbery at Shafa filling station along Bauchi- Jos road and another two (2) suspects who impersonated the  Governor of Bauchi State, Sen, Bala Mohammed and defrauded innocent members of the public the sum of thirty seven million naira (N37, 000,000:00) in the name of payment for 2019 Hajj pilgrimage. 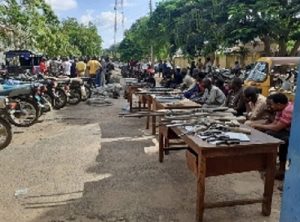 The impostor PA usually lured his unsuspecting victims and defrauds them by putting a call to the impostor governor which in return answered the call and assured them a Hajj slot.

According to the commissioner , “out of one hundred and eighty five (185) suspects arrested, one hundred and thirty eight (138) were charged to court while fourty seven (47) are still in the Command custody undergoing investigation.

During the operations the command equally recovered the following exhibits:

The other exhibits are Two (2) computer laptop, Thirty eight (38) GSM handsets, Large quantity of harvested weeds suspected to be cannabis / Indian hemp and Two hundred and eight 208 cows and 21 sheeps.

CP Sani, while appreciating the members of the public for their support and cooperation in the on-going fight against crime and criminality in the State, he assured the general public that saying,  we will not relent in performing our  statutory responsibility of protection of lives and property of all citizens. We are appealing  for more useful information that will lead to achieving the onerous task in the maintenance of peace in Bauchi state”.