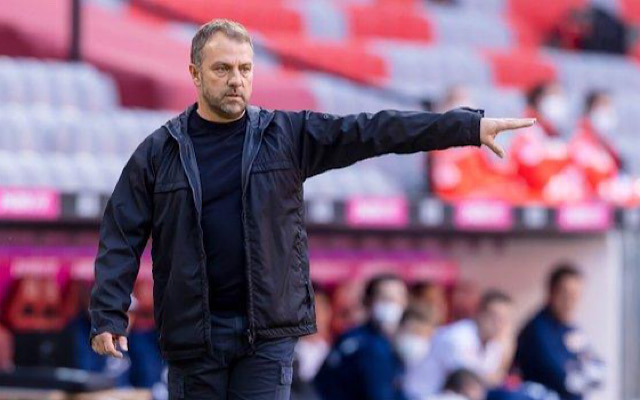 Bayern Munich head coach Hansi Flick has told the club he wants to leave at the end of the season.

Flick, whose contact runs until June 2023, made the announcement after his side beat Wolfsburg 3-2 to move seven points clear at the top of the table.

Having initially been assistant boss, Flick, 56, took over in November 2019 and won the Bundesliga and Champions League in his first season in charge.

He has been in a power struggle with sporting director Hasan Salihamidzic.

Flick has also been heavily linked with the Germany national team job with Joachim Low set to quit after this summer’s European Championship.

“The situation is I told the team today that I informed the club during the week that I wanted to get out of my contract at the end of the season,” Flick said.

He denied he had chosen to leave because he is set to take the position with Germany.

“The future is absolutely not clear,” he said. “There has been no discussions regarding that.

“Obviously the [German] FA is an option which every coach has to think about. But this is independent of that. I decided to take this step.”

Flick joined Bayern as Niko Kovac’s assistant in 2019 and took over as interim boss when the former Croatia international was sacked.

He then oversaw a stunning upturn in fortunes, also winning the 2019-20 German Cup, and was awarded a contract until June 2023.

However, this season he has become frustrated with the lack of new signings, while his side were knocked out of the Champions League by Paris St-Germain on Tuesday.