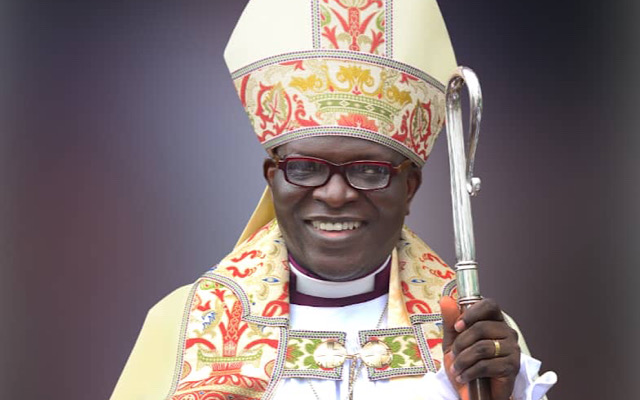 Prior to the birth of the new dawn in the Anglican Diocese on the Coast in southern part of Ondo State, the hitherto longest serving bishop of the diocese, Bishop Ebunoluwa Ogunele had passed on after a brief illness. His demise had sapped the morale of the members of the diocese. 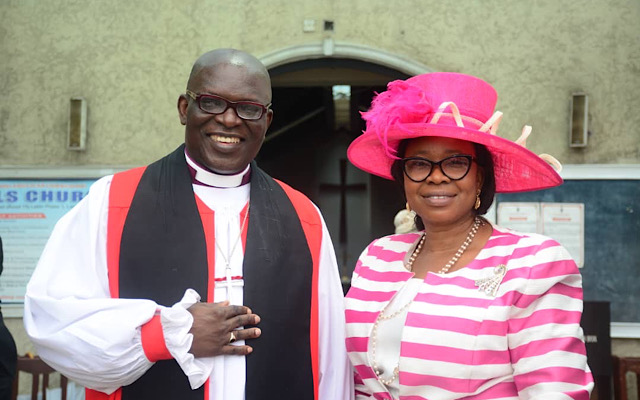 In the interim, there was an urgent need to fill the gap created by the departed bishop since the church, like nature, abhors vacuum. Bishop Fredrick Olugbemi of Ilaje Missionary Diocese was appointed to superintend over the activities of the diocese pending the appointment of a new bishop.

Although Bishop Olugbemi, according to findings, did a good job filling the vacuum, nevertheless, the worshipers  and people of the Diocese on the Coast established in 1995 by the Nigerian Anglican Communion, desired a substantive bishop. But whom the new  shepherd would be was completely beyond their ken and purview as it’s the exclusive preserve of the Conference of Anglican Bishops to elect a new bishop for any diocese in need of one.

Then it happened that on August 21, 2019 the expectation of the people was met to their pleasant surprise and excitement. The Conference of Bishops had elected them a new bishop during a conference in Asaba, Delta State, presided over by the outgoing  head of the Church of Nigeria(Anglican Communion) Primate Nicholas D. Okoh, a retired colonel of the Nigerian army.

“I was in my living room in Lagos when I got a call around 11pm on August 21. When I picked the call, the caller, a known person to me, had addressed me as His Lordship. I was confused. He repeated it again, saying I had just been elected as the new Bishop of the Diocese on the Coast. Bishop Oluseyi Pirisola, whose last port of call before his election, was All Souls Church, Lekki, Lagos, had recalled during an interview with this writer.

Bishop Pirisola, a former banker and MBA holder coupled with another M.Divinity from Crowther Graduate Seminary, who was ordained a deacon in 1995 and as priest on June 23, 1996, left for the Lagos Diocese in 1998, and was not preferred until after eleven years serving as assistant priest in different churches, said his election as a bishop was an act of God as he neither dreamt nor prayed for it.

During his installation ceremony on October 19 at the Cathedral Church of Ebenezer, Ilutitun, Okitipupa Local Government Area of Ondo State, which is the headquarters of the diocese, Bishop Pirisola, after taking his ‘canonical obedience’ administered on him by the deputy Chancellor of the  Diocese, Senator Boluwaji Kunlere, had declared, to a thunderous applause from the congregation, that it’s  a new dawn on the diocese as he was prepared to embark on aggressive spiritual revival and undiluted preaching of the Gospel of Christ.

Much as he said he’d try to bring back to the diocese some of the worshipers who had left in the past for one reason or the other through spiritual revival, consultation,  among other things, the new bishop said he would, in collaboration with mission partners, create entrepreneurial and empowerment programs for the youth and women as they constitute the biggest demography of the worshipers in the diocese. He said after extensive consultation with the clergymen under him there will be room for youth to preach and conduct services in the diocese once in a while in order to give them a spiritual sense of belonging.

Bishop Pirisola, who is married to Mrs Olusina Pirisola and blessed with three children – all boys – may just be the new Bishop Bolanle Gbonigi,  retired fiery Anglican priest who was a thorn in the flesh of the military government of the late General Sani Abacha. Hear him: “The state and the church are interwoven. I will not hesitate to speak truth to power when and where the government is failing the people. This is because, when the government fails, it affects the people who are the worshipers in the church. Of course the church won’t shirk its own responsibilities for the government.” According to him, the church must play complementary roles to what the government is doing right.

On the spate of insecurity in the country, the soft-spoken bishop advised government at all levels to create massive job opportunities for the youth in order to engage them. He noted that lack of employment has pushed some of the youth into crime. Not done yet, he also called on the government to create basic social amenities that can make life more livable for the people as lack of electricity for domestic and industrial consumption, absence of quality road network, among other social deficiencies, can serve as enablers of crime and insecurity in the country.

“As I have mentioned elsewhere, the church will not relent in its quest to be socially responsible to the youth aside the primary responsibility of imbuing them with spiritual and moral values. They need to be taught entrepreneurial skills that will make them self-employed and even become employers of labour. Youth empowerment with mission partners will definitely be one of my cardinal objectives of the new dawn agenda of my work as Bishop of the Diocese on the Coast,” he quipped.

For Bishop Pirisola, his work is clearly cut out for him and he has started in earnest. Like he said during his installation ceremony, he has started going round the churches for on-the-spot assessment in order to appraise the challenges and issues confronting them with a view to finding solutions as soon as possible. Like his predecessors, who include Professor Akinyele Omoyajowo, Arulefela, Ogunele, the new bishop is determined to make significant contributions to the development of the diocese, spiritually and materially. The time has started ticking for him.