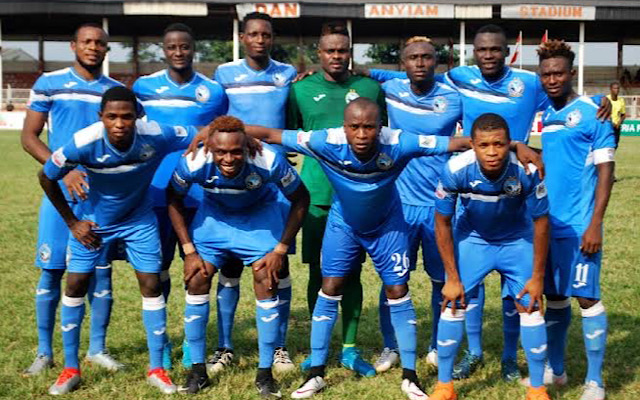 Enyimba Int’l of Aba have been handed a tough draw in the quarterfinals of the CAF Confederation Cup.

The People’s Elephant will have to surmount the hurdle of Pyramid FC of Egypt after Friday’s draw at CAF Headquarters in Egypt.

Enyimba had secured a spot in the last eight of the competition after a 95th minute strike from Cyril Olisema gave them a 1-0 victory over Orlando Pirates of South Africa in their last group game in Aba.

The two-time CAF Champions League winners finished top of Group A with nine point which gave them the advantage of playing the first leg away in Egypt on May 16.

Pyramids FC will not be easy opponents for Enyimba as they were finalists in the 2020 edition of the CAF Confederation Cup, beaten 1-0 by Moroccan side, RS Berkane.

They are third on the Egypt Premier League with 30 points from 18 matches and they have only lost twice in the league.

In other quarterfinal pairings CS Sfaxien of Tunisia will face JS Kabylie of Algeria; Orlando Pirates of South Africa have the high hurdle of Raja Casablanca to scale and Coton Sport of Cameroon have a West African derby against Jaraaf of Senegal.

All the first legs are to be played on May 16 while the second legs are scheduled for May 23.