Emmanuel Anya, a 33-year-old man, who was docked for allegedly assaulting an 8-year-old girl, Precious Anya, was on Monday was granted bail in the sum of N50,000 by an Ota Magistrates’ Court.

Emmanuel, who resides at No. 32 Olufunmilayo St., Joju Road, Ota, is facing a count charge of assault, an offence he denied committing.

The Senior Magistrate, Mr S. O. Banwo, who granted the accused bail, ordered him to provide two sureties in like sum.

Banwo ordered that such sureties must reside within the court’s jurisdiction and should be gainfully employed.

He further ordered that the sureties should swear to an affidavit of means and must produce evidence of tax payment to Ogun Government.

Banwo adjourned the case till April 6 for hearing.

Earlier, the prosecutor, Sgt. Chudu Gbesi, told the court that the accused committed the offence on March 14, at about 2 p.m. at his residence in Ota .

Gbesi said that the defendant assaulted the 8 -year-old girl by hitting her with a spoon on her forehead.

He alleged that the assault caused the child bruises all over her body.

Meanwhile, the prosecutor told the court that the noise of the “crying girl attracted neighbors who reported the case to the police.

According to Gbesi, the offence contravened Section 355 of the Criminal Code Vol. 11, Laws of Ogun, 2006. 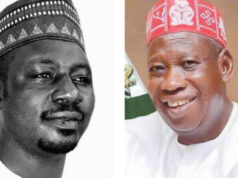 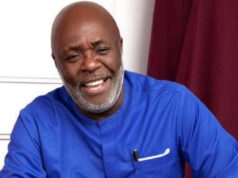 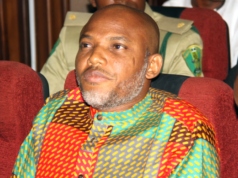