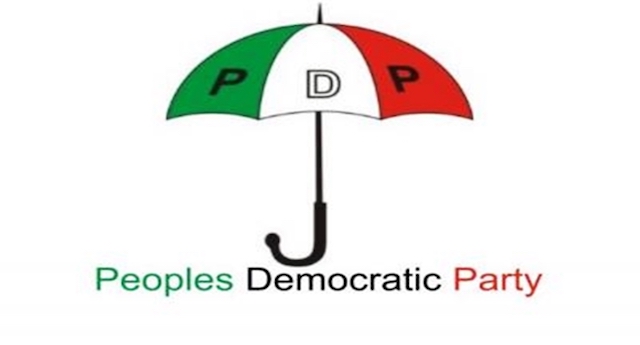 The Peoples Democratic Party (PDP) has urged the National Assembly to immediately, as a matter of urgent national importance, open a full scale investigation into the circumstances leading to and surrounding the abduction of 110 school girls in Dapchi, Yobe state.

The party noted that the investigation has become imperative in the face of rising speculations and conspiracy theorems in the public space, fueled by conflicting reports, attempts at cover-up and disagreements among government officials and agencies regarding the incident.

According to a statement by the National Publicity Secretary of the party,Kola Ologbondiyan , PDP specifically urged the National Assembly to take a critical note of the allegation by Yobe State governor, Ibrahim Geidam, who insisted that the abduction was preceded by the withdrawal of troops safeguarding the troubled area.

” The governor is the chief security officer of the state and his statement cannot be taken lightly or even dismissed by just a wave of the hand by anybody or any government agency under any guise whatsoever.

The PDP also urged the National Assembly to investigate the various conflicting reports that have characterized the abduction, particularly the initial moves by the Federal Government to deny the occurrence of this incident.

“Nigerians are indeed worried about the apparent deliberate design to hide the facts of this abduction and demand to know the truth. It is a common saying in Africa that thunder does not strike on the same spot twice.

“We must not allow our national ambience to be filled with speculations from conspiracy theorists. Our lawmakers must therefore, in unraveling the matter, question all security agencies, particularly those operating in the area.

“Furthermore, we urge the National Assembly to urgently come to the rescue of some of the parents of our abducted daughters, who were arrested and taken into custody for daring to demand to know the whereabouts of their children and wards,” PDP stated.

The main opposition party advised federal Government to live up to the responsibility of protecting lives and property and also to be truthful to Nigerians at all times.

“We therefore demand a strong legislative action at the highest level to enable our nation know the truth on this matter and other issues directly affecting the safety and wellbeing of our citizens,” the party concluded.