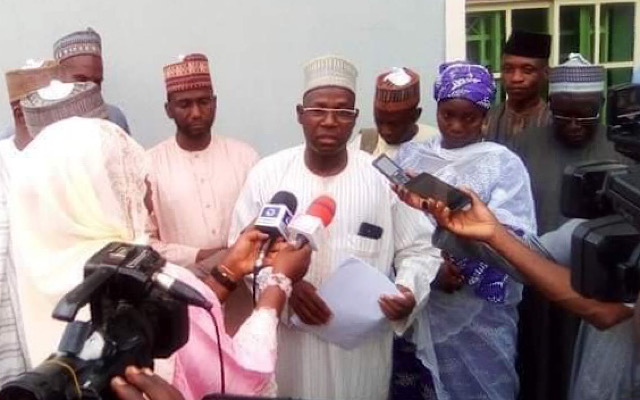 The Executive Chairman of the Bauchi State Primary Health Care Development Agency (BSPHCDA), Dr Rilwanu Mohammed has disclosed that the death toll recorded from the Yellow Fever outbreak has risen to 16 out of the  20 confirmed cases following the rejection of vaccination by some citizens.

Dr. Mohammed gave the updates in an interview with newsmen in his office in Bauchi over the weekend.

He disclosed that no fewer than 119 suspected cases of Yellow Fever was recorded out of which 20 cases were confirmed and 16 died.

He said: “We realise that all the people that rejected vaccination are the ones dying. The last three victims four days ago refused the vaccine and all three were infected.

“They took them to traditional healer who did his own work but the two were still unconscious. They were later taken to Bauchi but all of them die”.

He said all the cases were from Alkaleri Local Government Area of the state.

The BSPHCDA Executive Chairman  explained that, “We are planning to go into all the confirmed areas, about 55 places on Monday to carry out door to door spraying of all the lava sights and indoors spray and fumigation of all the communities”.

He disclosed that for visitors coming to Yankari Games Reserves, where the first three confirmed cases of Yellow Fever was recorded vaccination points have been created while all the chalets at reserve have mosquito nets to ensure that guests are protected.

Mohammed disclosed that at least 21 states in Nigeria are having Yellow Fever outbreak while only three states -Bauchi. Katsina and Ebonyi States are now active.

He said that only Alkaleri Local Government Area in Bauchi State have confirmed cases of Yellow Fever because of the presence of monkeys and chimpanzee in the game reserve.

He thanked the Federal Government for supplying 500, 000 doses of vaccine, saying there have been 95 per cent compliance in the exercise.

He explained:“We have carried out vaccination of all the areas, including Yankari, and aerial spray of affected communities. We carried out  aerial spay of all the lava sights in Yankari and all the four communities around to kill the vector that carry the virus to humans.

“So, the lesson is that if you refuse vaccination you are not protected. All the people dying are the ones that refused to be vaccinated.

“We can only carry out supportive treatment for those infected because they already have the virus and there is no cure for the virus except prevention through vaccination and we thank God that there is vaccination”.

Dr Mohammed revealed that there are plans to extend the vaccination to cover the entire state.

He stated: “The estimated population of Bauchi State is 7 million, we have given 500,000 doses of vaccines already for Alkaleri so we are expecting 6.5 million vaccines. We will not leave anybody unvaccinated in Bauchi State”