The Department of State Service (DSS) in Anambra on Friday raided some markets in Awka and Onitsha in search of illegal foreign currency hawkers.A trade at the Eke Market in Awka, told the News Agency of Nigeria (NAN) under condition of anonymity, that some hawkers of foreign currencies were arrested.

He said that the DSS operatives also carted away huge sums of foreign currencies seized from the hawkers.“We scampered for our lives when we saw them inside the market in the early hours of the day because no one knew their mission initially.“They took over the market until later when we were able to find out their mission,’’ he said.

A senior official of the DSS, who confirmed the raid to NAN under condition of anonymity, said that they acted on directive.He said that the exercise also took place in Onitsha, while other major markets in the state would also be raided.“We are worried that some  commercial banks’ officials were conniving with the hawkers in the markets to destabilise the government efforts to the sale the foreign currencies at cheaper rates.

“The economy is seriously affected by the actions of the illegal hawkers of foreign currencies. 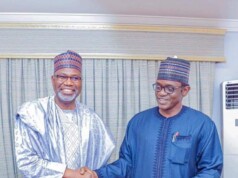 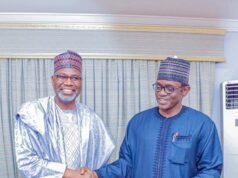 DPR Urges Cooking Gas Retailers to Get License Before January 2017

Why Atiku Abubakar may not Visit the US Soon