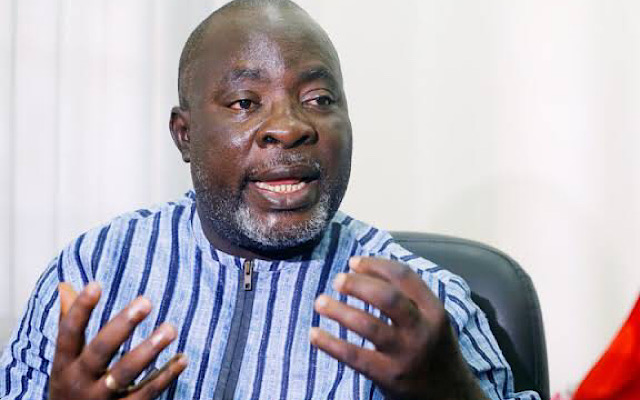 The Peoples Democratic Party National Campaign Council for Edo State governorship election has saluted the people of Edo state for coming out enmasse to resist alleged attempts by the sacked National Chairman of the All Progressives Congress (APC) Adams Oshiomhole and the APC Candidate, Osagie Ize-Iyamu, to seize the Edo state legislature and truncate democratic order in the state.

The PDP campaign in a statement by its spokesman, Kola Ologbondiyan, said that “the massive resistance by the people, in solidarity with Governor Godwin Obaseki, is a loud and unmistaken message to the APC and Ize-Iyamu that the people of Edo state will never surrender to political godfathers and their cronies, who seek to forcefully take control of their state.”

“Today’s spontaneous resistance by the people is also a signal of their readiness to collectively confront and dismantle all APC evil rigging schemes in the September 19 election.

“It is a further pointer to Ize-Iyamu and Oshiomhole that the people cannot be cowed in their readiness to confront and vanquish the thugs and hoodlums assembled by the APC to unleash violence and derail the election.

The Edo people have asserted that the state belongs to them and not a group of political destitutes who believe that they can use compromised security operatives to foist an unwanted leadership over the state.

“Our campaign therefore cautions the APC, Adams Oshiomhole and Ize-Iyamu not to test the will of the people of Edo state as they are not ready to allow anybody to manipulate this election,” the statement read.