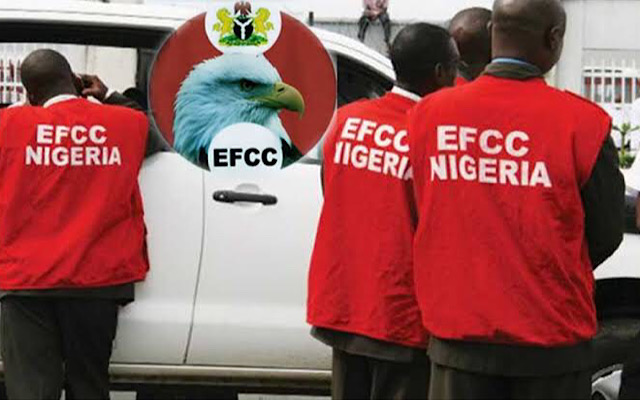 The Economic and Financial Crimes Commission (EFCC) has charged a female banker, Olawunmi Audu, for allegedly stealing the sum of N197.2 million from a customer’s account banking with Access bank.

In a 21-count charge filed before the High Court of the Federal Capital Territory (FCT), Abuja, the agency accused Audu and one Uche Glory Michael Sado (now at large) of committing the alleged offence of forgery and theft.

Audu is said to be the Relationship Manager of the account of De Chimex Aluminium and Steel Company Ltd, domiciled with the bank.

Although her arraignment was fixed for Tuesday before Justice AO Ebong of the Zuba division of the FCT High Court, it was stalled due to the absence of the defendant.

The court consequently shifted the arraignment to February 22, 2021.

According to the charge, the defendants were alleged to have conspired to transfer the sum of N197.2 million from the account of De Chimex Aluminium and Steel Company Ltd with number: 0772745307 domiciled with Access Bank Plc.

The prosecution informed the court that the defendants, who are all staff of Access Bank Plc, allegedly transferred the funds to the account of Mikuch Global Ltd belonging to Michael Sado between May and June 2018 in Abuja.

They were alleged to have forged a document titled: “Access Bank Fund Transfer/Standing Order Form” with different serial numbers with a purported signature of Paschal Nwabueze Innocent, the MD of De Chimex Aluminium and Steel Company Ltd.

The offences are punishable under sections 85, 287, and 364 of the Penal Code Act Chapter 53 Laws of the Federation of Nigeria.

When the case was called, defence counsel Aliyu Hassan informed the court that Audu was absent because she went for a medical examination and pleaded for an adjournment.

EFCC counsel Halidu Mohammed did not object to the application for adjournment.