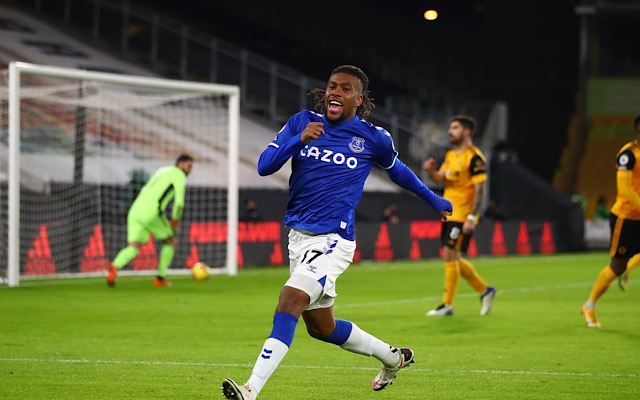 Everton maintained their challenge for a Champions League spot with victory at Wolves thanks to Alex Iwobi’s 6th minute opener and Michael Keane’s 77th-minute winner.

The Toffees’ sixth away win in the league this season lifted them to fourth in the table, level on points with third-place Leicester and only four off the lead held by Manchester United.

They got off to a brilliant start when Iwobi fired home in the 6th minute for his first goal in 38 Premier League appearances.

Wolves, seeking only their second win in eight games, hit back in the 14th minute through Ruben Neves. The Portuguese midfielder ended his own barren run against Brighton at the start of January, and made it two goals in two league matches with a sublime sidefoot finish following brilliant movement from Rayan Ait-Nouri.

The home side looked more likely to edge the contest until Keane rose highest in the area to convert Andre Gomes’ teasing cross from the left.