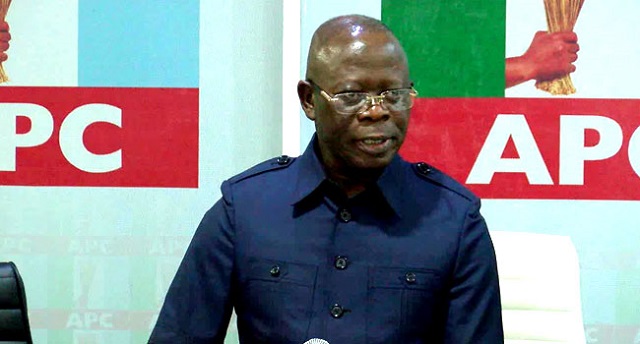 President Muhammadu Buhari has felicitated with former National Chairman of the All Progressives Congress (APC) Comrade Adams Oshiomhole on the occasion of his 69th birthday.

President Buhari joined family, friends and well-wishers around the country to celebrate the former Governor of Edo State, “thanking God for a life of service to the nation, good health and opportunity to commemorate this special day.”

The President in a statement by his spokesman, Garba Shehu, however used the opportunity to accuse the celebrant of playing unethical politics and advised him to eschew politics of acrimony and division.

Oshiomhole was controversially removed from office as the ruling party chairman, in a meeting held at the State House Council Chambers and chaired by President Buhari, after years of being accused of leading the APC astray.

“As the former labour leader looks forward to joining the club of septuagenarians , the President urges him to rededicate his life to working for the prosperity of those in need, building bridges among people of diverse backgrounds and faith; and inspiring others to be patriotic, eschewing politics of division and acrimony.

President Buhari also recognises the immense contributions the former national chairman has made to our nation, wishing the people’s comrade more years of service to build a better country,” the statement read in part.