It’s official, Messi is the FIFA best Male footballer of 2019. It was a pleasant surprise! I didn’t see it coming. There have been raging debates amongst football fans, journalists, enthusiasts and everyone that has a voice and opinion. This year like some pocket of occasions in recent past, there have been outcry trailing the winner. Just like Modric last term; Sneijder and Ribery reminded us of worthy candidates who narrowly missed out.

FIFA idea of allowing football stakeholders select or elect, whichever suits your narrative, the eventual winner has once again come under the spotlight. National team coaches, captains, fans and journalists vote to select/elect a winner. This template arguably, should have been the best way to determine who the best is in the course of a season but for some curious sentimental reasons. Or how does one explain Christiano Ronaldo choices of excluding the two best performers in the year under review? Of course, it’s his choice but we all know it’s not true. Messi not including VVD as one of his choices too is curious. This goes to say that it’s almost inseparable detaching emotions, sentiment and subjectivity from the voting template.

How best do we decide who the best is in a football season? Statistics have it’s merits and demerits. Mario Jardel of FC Porto comes to mind. He scored goals for fun. He should have won one statistically. Former AJ Auxerre midfielder, Diomede, is a world cup winner. Messi and C. Ronaldo are not yet. Stats will confuse future generations who are not opportuned to watch Messi, CR7, Zidane, El Phenomenon, Maradona et al.

Personally, I feel VVD deserves it more. Messi too on the account of his individual brilliance and numbers. I voted for him in some of the online polls I participated in. A man’s wife is usually the most beautiful regardless who the other women are. The truth is the way one chooses to define it. VVD bold claim to the honour was never lost on me. Critics of VVD have been quick to draw a comparison between him and Sergio Ramos. Here it is, Ramos will go down as one of the greatest defenders of all time. Forget those red cards!!! He has won it all. Everything!!! Nothing is left. He is the most accomplished defender in the game playing or retired. Four UCL, two European titles, a World cup and tons of other club titles.

But let’s pause a moment: Ramos wasn’t the most important player in his team’s, Real Madrid and the Spanish national team. Christiano Ronaldo was in Real Madrid. Iniesta and Xavi were in the Spanish national team. This isn’t undermining his colossal contributions. The two teams could have coped with his absence in some matches. Take a Mane or Salah out of Liverpool, they will still cope. Take a VVD out of Liverpool…there will be a meltdown. There will be crisis of confidence. It shows how monumentally influential he is.

Having said all these, what is the best way to determine the best in a season? Don’t forget, FIFA have published the voting patterns. Coaches, players and fans selected Messi. Journalists voted VVD. There must be a way. Or the icing on the cake is the annual hue and cry? Maybe, it adds some toppings and suspense to the award.

Zubair sent in this piece from Lagos, Nigeria. 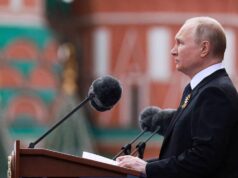 Is Diplomacy Between Russia and the West Still Possible? 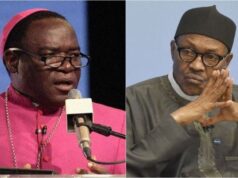 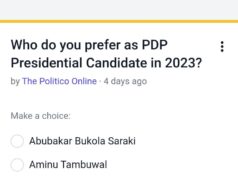 AAUA Tuition will be Paid in Instalments- Abayomi