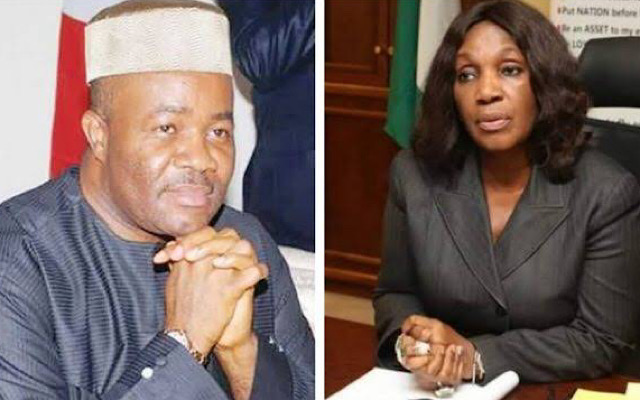 She also alleged in her statement to the National Assembly Probe Panel that Akpabio asked her to implicate Senator Peter Nwaoboshi, Chairman Senate Committee on NDDC.

Nunieh, who was relieved of her position by President Muhammadu Buhari, said N8bn out of the approved N81billion was spent by the  Interim Management Committee under her leadership.

The NDDC is currently being probed over an allegation of a missing N40b by a  National Assembly probe panel headed by Senator Olubunmi Adetumbi.