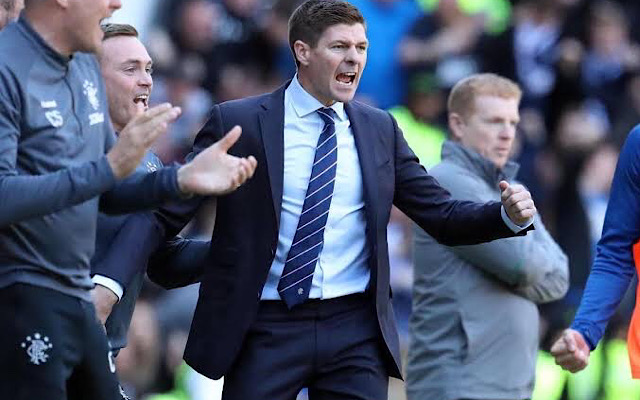 Rangers have become the new Scottish champions for the first time in 10 years after Celtic drew 0-0 with Dundee United.

Steven Gerrard’s side, who beat St Mirren 3-0 on Saturday, have a 20-point lead with six games remaining.

It is former Liverpool and England captain Gerrard’s first trophy as a manager in his third season at Ibrox, and ends Celtic’s bid for an unprecedented 10th successive crown.

It is the earliest Scottish title win in chronological terms.

Rangers have dropped just eight points in an unbeaten Scottish Premiership campaign so far, with their victory on Saturday their 28th win in 32 matches.

They have scored 77 goals and conceded just nine – only two of which have been at Ibrox.

The Glasgow club were in the bottom tier of Scottish football as recently as 2012 after their financial collapse, and returned to the top flight five years ago.

Rangers’ first game as champions will be the third Old Firm game of the campaign at Celtic Park on March 21.