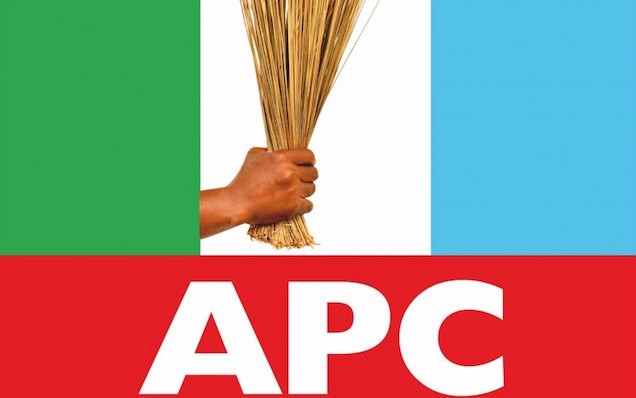 The All Progressives Congress (APC) has asked the main opposition Peoples Democratic Party (PDP) to first put its house in order and offer the country quality opposition rather than embark on shadow chasing with baseless allegations against the party.

National Publicity Secretary of the party, Mallam Lanre Issa-Onilu told the PDP in a statement that it should engage the APC on issues of good governance rather than accuse the party of baseless infighting over appointment, adding that it is laughable that the PDP that could not rally its members to support on candidate is talking about infighting in the APC.

Onilu said President Muhammadu Buhari will always appoint people of proven integrity who are loyal to the programmes and mandate of the party and government into positions of authority.

The statement read: “Judging by the latest antics and laughable allegations of the Peoples Democratic Party (PDP), it is now clear that the rejected party has again resumed its idle chatter and specious remarks. How long will it take PDP to learn proper opposition politics?

“PDP’s allegation of ‘infighting’ within the All Progressives Congress (APC) and the Presidency over appointments is the latest of shameful interventions of PDP in our nation’s affairs.

“The party that was sent into a state of shock following the outcome of the National Assembly election is now accusing APC of infighting. The accusation is coming from the PDP that failed to rally its members to support its own candidates for principal offices at the National Assembly.

Perhaps, to the delusional PDP, it is a sign of division within our rank to successfully mobilize our members behind our candidates for the National Assembly election. In other words, PDP had proved ultimate unity within its rank with several of its members disregarding the directive to vote for its adopted candidates. Here you have a party wallowing in denial. As contained in PDP’s latest statement, odious practices like looting, booty sharing and power-grabbing are not practices that the APC wishes to continue from the wasted PDP years.

“Nigerians voted against these devious practices of PDP in 2015 and 2019 and opted for Change, which APC represents. We, therefore, call on the PDP to do better as opposition by engaging our party on issues of good governance and matters that would better the lives of the people. This is the least Nigerians expect from the main opposition party.

“While the APC does not owe the PDP any explanation on the modalities for appointments, we assure Nigerians that the President Muhammadu Buhari administration would always appoint deserving individuals who share our progressive ideals and Change Agenda into positions.”