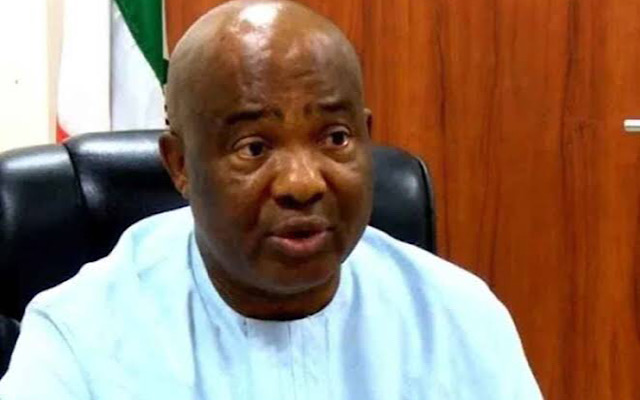 The governor said he requested military support from President Muhammadu Buhari after realising that the Indigenous People of Biafra (IPOB) had “serious firing power” and posed a massive treat to the peace and tranquility of the area.

Uzodimma, who was addressing state house correspondents after a meeting with President Muhammadu Buhari on Tuesday, also said no one died during the security operation.

There has been heavy military presence in Orlu, following pockets of crises which were linked to the members of the Eastern Security Network (ESN) set up by IPOB.

An earlier clash between the ESN and some security personnel had resulted in deaths and the destruction of properties.

Uzodimma said he alerted the president after seeing a growing pattern of killings and security incidents in Orlu that involved ESN militants.

“We discovered that the people had serious firing power, so there was a need for me to report the situation, and that I did and we were supported to deal with the situation,” he said.

“I came here, pleaded with Mr president for his support, and he sent additional support by sending in the police, and the military also came in. And that is where we are.

“It was at my invitation that the military came. And I did that because I know the situation was beyond the local arrangement; we needed help. And the help was given to us.

“As I speak to you, the situation has come down to normal. People are now going about their businesses, and those caught will soon be charged to court,” he said v

The governor further said he will not shy away from his responsibility to protect the lives of citizens of the state, adding that the operation “is not about crushing anybody”.

“Those that came through their intelligence identify where these people (IPOB militants) were, and I can tell you, all the people arrested, all the rifles recovered are intact, the people are under interrogation, not even one, not even one soldier, or one of those militants died in the process,” he added.