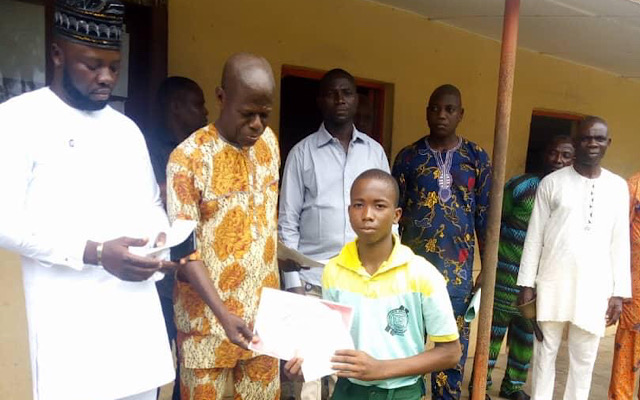 The scholarship, according to the group,  is to cover the tuition fees of the fifty benefiting students for the ongoing academic term

According to the Commissioner for Education in Ondo State, Pastor Femi Agagu, the payable tuition fees for students in public secondary schools is N4, 654

Speaking with The Politico, the immediate past president of the group, Dr Oluseyi Aba said the beneficiaries were the pupils who came atop in the scholarship examination conducted for them in June, 2019.

Meanwhile, the group has elected a new President. He is Dr Oluseun Ogungbemi. He is to lead the association for the next two years.

Dr Ogungbemi, who was elected as the new president during the association’s yearly physical meeting and end of the year party held at the Golfview Resort and Suites, GRA, Ikeja, Lagos, said the association would  continue to do more for pupils in Osooro even as it is willing to partner with individual donors, humanitarian agencies, e.t.c in order to improve living standard in the area.