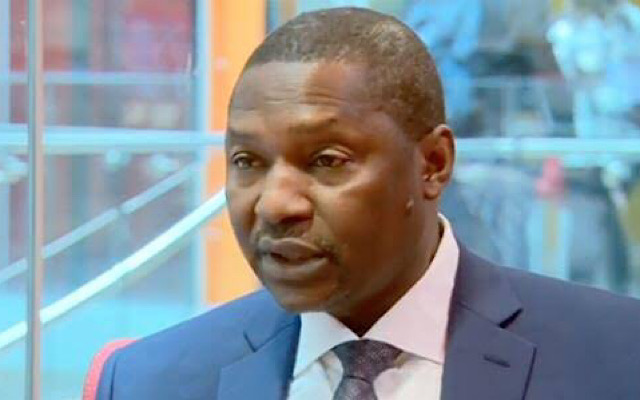 Embarrassed by the revelations of corruption and abuse of public trust allegedly committed by the Attorney-General of the Federation and Minister of Justice, Abubakar Malami, a group, Kebbi Concerned Citizens, has petitioned President Muhammadu Buhari to suspend the AGF.

The group also urged the  President to order an investigation into all allegations of fraud against  Malami in order to  convince Nigerians and the international community that the administration’s anti-corruption posture was genuine.

The petition contained in a statement released to the press  implored thr President to swiftly act the same way he did when Malami brought up issues against the suspended EFCC Chairman, Ibrahim Magu.

The petition, signed by the Director-General of KCC, Ibrahim Mohammed, also informed the President that Nigerians were devastated by corruption allegations within the top hierarchy of his government.

The petition reads, “Millions of Nigerians passionate and desirous of corruption-free Nigeria were left devastated with many unfortunate events recently which took place in the anti-corruption fight arena.

“The incident which was described as unfortunate, big setback and national embarrassment had so far casted doubts in the minds of many people nationally and globally.

“The allegations ranged from accumulation of huge wealth, houses, businesses and other landed properties which according to SaharaReporters were alleged to have relations with corruption and abuse of office.

“Therefore, permit us to formally register our displeasure to a long silence from the Presidency on the incident. It has not gone without notice how quickly the Presidency acted when almost similar allegations were made against others.

“Mr President must set up a panel to investigate the allegations levelled against the Attorney-General and Minister of Justice, Abubakar Malami.

“Suspend the minister pending the outcome of the panel to provide a favourable atmosphere for investigation.”