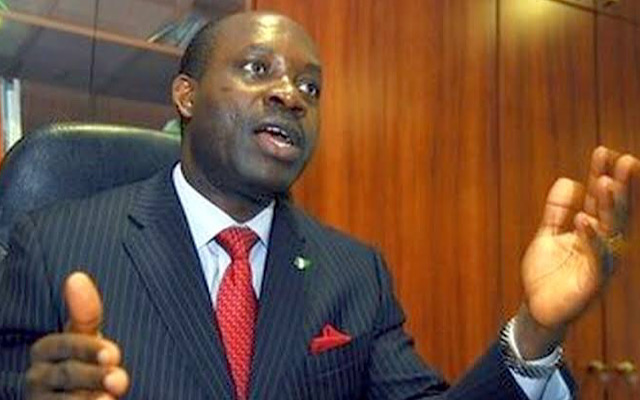 Former Governor of the Central Bank of Nigeria, Prof Chukwuma Soludo, on Thursday narrated how he escaped death when some yet-to-be identified gunmen attacked him and killed three policemen in his security details.

The incident happened Wednesday evening during a Town Hall meeting in his hometown in Isuofia in the Aguata Local Government Area of Anambra State.

Soludo ,who narrated his ordeal while featuring on Channels TV programme “Politics Today” described the attack which he said lasted more 10 minutes as senseless, noting that no political office should be worth the blood of a chicken, how much a human life.

The ex-CBN boss, a member of the ruling All Progressives Grand Alliance (APGA), is one of the frontline aspirants for the November 6 governorship election.

Soludo said, “We were having an interactive session and we finished the mass about 4pm and the scheduled interactive meeting with the Isuofia youths. By the way, Isuofia happened to be my hometown. I’m a village boy and this is where I feel safest anywhere in the world. I walk the street, I jog in my community, I take long walk, I am everywhere as a village boy.

“With this interactive session, there were over a thousand youths seated and I was just making preliminary remarks to open up the interactive session with other dignitaries from the communities, commissioners and members of the house of assembly. And just as I was about to wrap up and I said, ‘Finally!’ for them to open up for comments and answers, gunshots! At first, I thought may be the policemen were shooting in the air with the kind of exuberance in the hall until I began to hear people screaming and we all scampered for safety.

“It took more than 10, 15 minutes of continuous gun battle. By the time we all came back, we saw three bodies there lying in the pool of their blood – they were the three policemen. May God grant their souls eternal rest. We will continue to pray and support their families.”

“I was totally unhurt, not in anyway hurt.”

Meanwhile, the Anambra State Police Command on Thursday said it had arrested five suspects in connection with the attack Soludo.

The police had earlier in a statement said one suspect was tracked and arrested through a telephone picked at the scene of crime.

He added, “The suspects confessed to have actively taken part in the attack and subsequent abduction of the Commissioner for Public and Utilities, Emeka Ezenwanne, which the Command is working assiduously to rescue.

Also, the All Progressives Grand Alliance has described the attack on Soludo as a politically motivated assasinaton attempt.

The National Coordinator of APGA Media Warriors, Chinedu Obigwe, in a statement on Thursday, called on the police to investigate his opponents to unravel the perpetrators of the act.