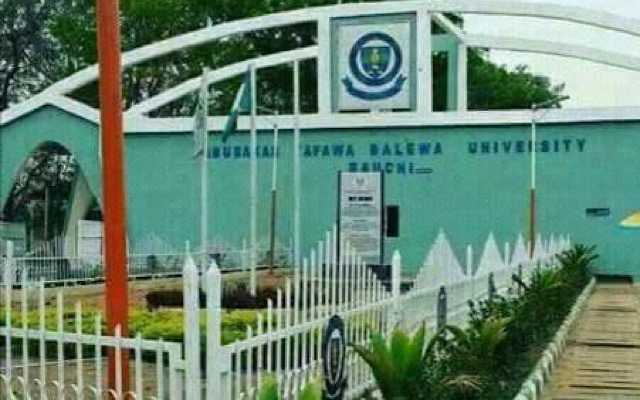 A huuman rights organization known as Prison Inmate Development Initiative (PIDI-Nigeria) has petitioned the Minister of Education over the dismissal of a university lecturer with the Abubakar Tafawa Balewa University (ATBU) Bauchi, Dr Idris Isyaku Abdullahi.

The petition ,which has the signature of a Human Rights Defender, Olayele Gbenga Awujoola on behalf of the Executive Director of PIDI, argued  that Dr Abdullahi was arbitrarily dismissed for exposing sharp practice in the university.

According to PIDI, a complaint was brought to its office sometime in June 2020 by Dr Abdullahi who before his dismissal, was a staffer of the institution in the Department of Accounting and Finance.

“The said Whistleblower was dismissed by the ATBU, Bauchi on the 27th April 2018 for defamation of character, smear campaign/false allegation against the University in an open letter to the President which was published in Blue Print Newspaper dated 8th November 2017″, the rights Organization noted.

PIDI claimed that the whistleblower, Abdullahi, had exhausted all internal mechanisms to see that the right thing was done by the university management but to no avail after which he blew open the anomaly.

The petition said Mustapha Isah was awarded Bachelors degree in Technology, Bachelor degree in Banking and Finance in 2011.

It noted that the three bachelor degrees were issued by one N. L. Abdullahi without the name of the recipient being in the list of graduating students for the 2011/2012 session.

The petition said that Bachelor of Technology, Banking and Finance in 2013 was also issued by the Senate on 28th February 2013 for the 2012/2013 to the same person.

PIDI said further that another Bachelor of Technology, Banking and Finance in 2011 was issued to Mustapha Isah by the defector Senate of A.T.B.U. Bauchi on the 11th of October, 2018.

The human rights organization said in the petition that a court case instituted against the whistleblower by Mustapha Isah over the said publication was dismissed due to his inability to establish his claim before the court.

The rights group gave seven days ultimatum to the management of ATBU within which to reinstate the whistleblower to a position equal to his colleagues who were at the same level before his dismissal or face a legal battle.

PIDI ,while faulting the disengagement of Dr Abdullahi from work, said that the management of the institution never invited the him in its investigation to hear from him before taking such action on him.

The organization also accused the university management of deciding to sweep the issue of the examination malpractice under the carpet ,which according to them,is an act capable of sabotaging President Muhammadu Buhari’s anti-corruption crusade.

According to PIDI, the offence for which the whistleblower was dismissed was not included in the terms of reference giving to the constitutional committee that investigated the matter.

The human rights organization accused the university management of sabotaging war against exam malpractices or using selective justice in dealing with students caught in the act.

It said for ATBU to have supported and endorsed the award of three different Bachelor Degrees on the same discipline to Mustapha Isah, it is an open invitation that will encourage crime and tarnish the image of the education system in Nigeria.