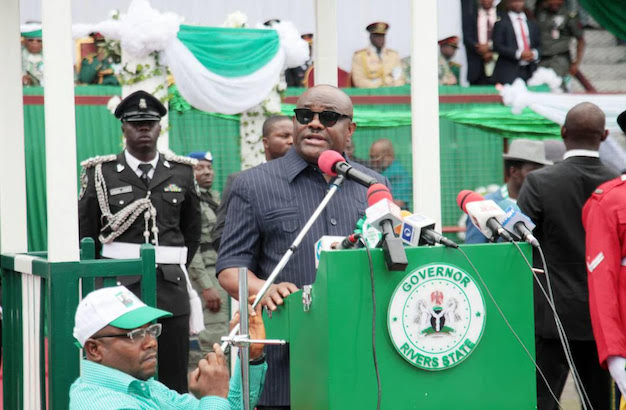 Rivers State Governor, Nyesom Wike, has said he has no apology  to offer to anybody  for embarking on people  oriented projects that have direct bearing on the lives of the  people.

Wike stated this at Ipo in  Ikwere  Local Government Area during the commissioning of 22.3kilometreroad in Ipo, Omadema and Ozuaha  link Road.

The governor commended  the people, Ministry  of Works and the contractors for ensuring  that the project was delivered  on  scheduled. He  expressed appreciation to  the  Peoples Democratic Party  for demonstrating the principles of democracy  to the  country.

Wike  described the former governor of the state, Celestine  Omeiha, as a father of his predecessor, adding that the  All  Progressives Congress (APC)  has the tendency of taking glory for projects not  executed by them.

Wike assured his people that   his  administration would continue to embark on projects  that will  bring development to  the people and  equally enhance their standard  of living.

Earlier in  his remark, Caretaker Chairman  of Ikwere Local Government  Area,  Sunny  Wondikon, commended the governor for the proving to the Ipo  community that indeed he is a man  of  his  words.

He  assured the  governor  of the commitment and  loyalty of his council to support  his administration in rolling projects that affect the  lives of the people.