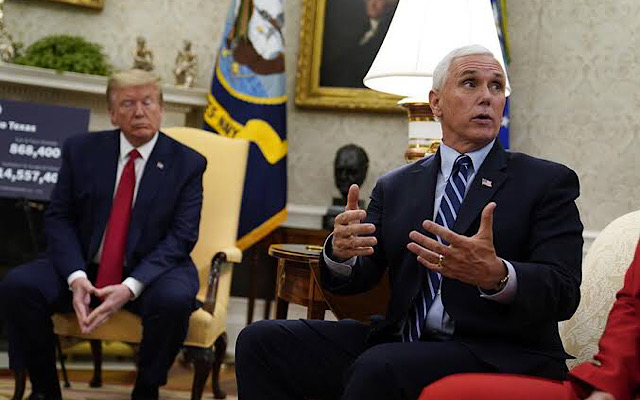 U.S. Vice President Mike Pence said he would not seek to invoke the 25th Amendment of the country’s constitution, which would remove President Donald Trump from office by declaring him unfit to perform his duties.

In a letter to the Speaker of the House of Representatives, Nancy Pelosi, Pence slammed Democratic efforts to pressure him into invoking the 25th Amendment, calling it “political games”.

“Under our Constitution the 25th Amendment is not a means of punishment or usurpation,” Pence said.

“Invoking the 25th Amendment in such a manner would set a terrible precedent,” he added.

Pence is under heavy pressure to invoke the 25th Amendment to remove Trump from office over his role in the violence that rocked the Capitol last Wednesday.

Trump has denied complicity in the riot even though analysts believe it was his tweets that encouraged his supporters to unleash violence on the Capitol Building during congressional certification of the victory of Joe Biden in the November 3, 2020 election.