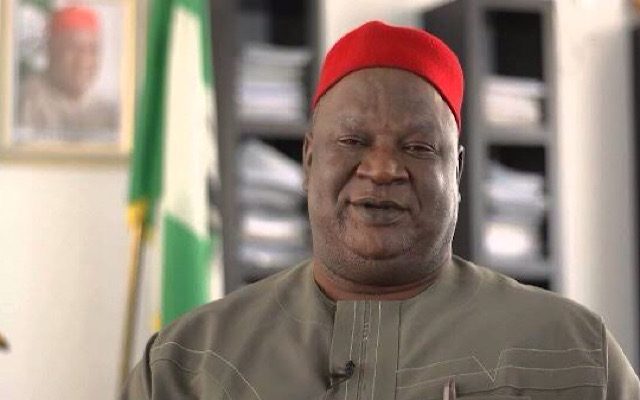 Former Senate President Anyim Pius Anyim has called on President Muhammadu Buhari to constitute a Commission of Inquiry to look into the growing violent and non-violent agitations in the country to profer solutions.

The former lawmaker made the call in an open letter he wrote to the President on Monday titled “Re: The State of Insecurity in the Nation.”

Anyim said he decided to make his suggestion to the President in an open letter because it appeared that the summary of his earlier suggestions which Buhari directed him to send to the then Chief of Staff, Abba Kyari, after a meeting he had with them at the Presidential Villa in 2018 did not get to him (Buhari).

He lamented that the “unfortunate and avoidable” violence in the country has festered to the extent of threatening the fabric of the nation.

The former Secretary to the Government of the Federation urged the President to set up a commission of inquiry to inquire into the violent and non-violent agitations in Nigeria and make recommendations on the immediate-, short- and long-term solutions as a way of first de-escalating the rising tension and a process for the renewal of the country’s march to nationhood.

According to him, the current violent agitations in the country, including Boko Haram insurgency, farmers/herders clashes, ethnic conflicts among others started as non-violent agitations which were unattended to.

He observed that military actions or foreign help alone cannot bring permanent solutions to ethnic conflicts or nationality agitations, adding that the President must create a platform to hear Nigerians out.

Anyim recalled that Willink’s Commission of Inquiry was created by the colonial administration in 1957 in Nigeria to allay the fears of domination the ethnic minorities nursed as the country was moving towards independence.

“I must say at this point that it was the recommendations of the Willink’s commission that gave all the component groups in Nigeria the comfort to go into the union at independence.

“It has become apparent that the foundation of the various agitations in Nigeria today is that the comfort provided at independence by the Willink’s Commissions Report is no longer working.

“I make bold to recommend that Mr. President should make history by empaneling another commission of inquiry to inquire into the violent and non-violent agitations in Nigeria and make recommendations on the immediate-, short- and long-term solutions as a way of first de-escalating the rising tension in the land and a process for the renewal of our march to nationhood.

“It is important to note that in a democracy, no action is deemed successful or completed until the buy-in-of the people is secured through a democratic process. This buy-in- is an imperative that is yet to be pursued in the fight against violent agitations in Nigeria.

“I must say that as long as the people are not part of the process of finding solutions to the conflicts, a permanent solution will be a mirage,” he wrote.

Anyim explained that the report of the commission which is to be set up will de-escalate the tension in the country and provide ideas for further actions.

He added that the commission will offer the citizenry the opportunity and platform to share their concerns and to be heard, stressing that it will also help to build confidence and reduce animosity and mutual suspicion.

“It identifies the immediate and remote causes of the current challenges and provide a framework for their resolution.

“Such a commission will aim not only to unravel the remote and immediate causes but also determine the various dimensions and define them accordingly. E.g. democratic agitations will be separated from violent crimes to the understanding of all. It will also capture the reasons for the agitations and the Justice thereto.

“Such a Commission will propose immediate-, short- and long-term solutions and develop a roadmap towards addressing them. Such roadmap used as a national reference document would guide further interactions and process for implementation.

“Such document will be the foundation for a new Nigeria anchored on negotiated settlement derived from the legitimacy bestowed by citizen participation and the credibility of the commission,” Anyim said.