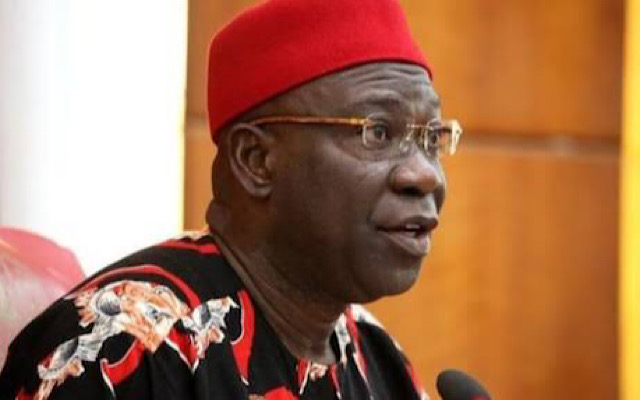 The International Parliamentary Congress, (IPC) has appointed former Deputy President of the Senate, Senator Ike Ekweremadu, as its Chief Coordinator for Africa.

The appointment was conveyed to Ekweremadu in a letter dated October 26, 2020, by the Secretary-General of the IPC and member of the Pakistani national parliament, Senator Muhammad Ali Saif, according to a statement by the media adviser to the Enugu West lawmaker, Uche Anichukwu, in Abuja.

“We are proud to inform you that the Honourable President of the IPC has nominated your good self as Chief Coordinator Africa with immediate effect.

“To support IPC in achieving the noble cause, your influence, experience, and goodwill shall help cover the whole of the African region, enabling the IPC to directly partake in projects for the general welfare of African nations and to uphold democracy”, the letter read.

The former Speaker of the Parliament of the Economic Community of West African States, ECOWAS Parliament, pledged to work for the realisation of the laudable ideals and objectives of the IPC.

He said he was optimistic that the world would benefit immensely from the rising influence of parliaments in global affairs.

“I, therefore, accept the appointment with the utmost sense of humility and appreciation, mindful of the fact that injustice, repression, poverty, hunger, environmental degradation, and weakening of democracy and its values in any part of the world equally holds severe consequences for the rest of the globe, hence we must all come together to work for the good of all,” he added.