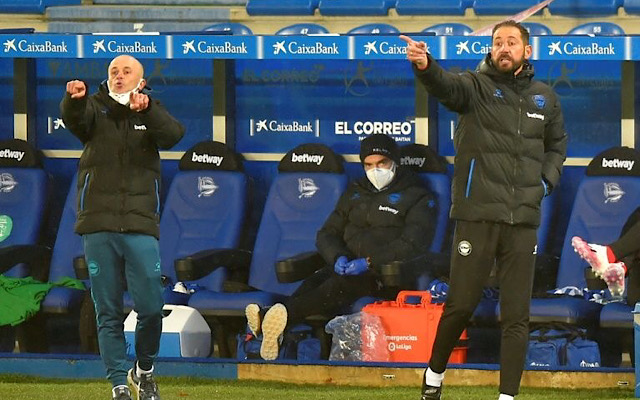 La Liga’s bottom side Huesca has sacked its coach,  Michel Sanchez on Tuesday after a run of just one win in 18 games.

Similarly,  Alaves have also sacked their  Pablo Machin, with the club just above the relegation zone.

Huesca have lost four of their last five matches to fall six points adrift of safety following their promotion to Spain’s top division for just the second time.

Alaves parted ways with Machin following a poor series of results that has left the club in 16th place and only two points clear of the bottom three.

Machin oversaw a 2-1 victory over defending champions Real Madrid in November, but his team has won just once in seven games since and only four times in the league all season.

The former Sevilla and Espanyol boss had been lined up to take over at Qingdao Huanghai in China in July but pulled out for personal reasons, reportedly after one of his relatives caught Covid-19.

Machin will be replaced on an interim basis by assistant Javier Cabello, Alaves said in a statement, AFP reports.