Oyo State governor, Engr Seyi Makinde has described as shocking the death of a veteran sports journalist, Mr Akinloye Oyebanji, who was with the National Television Authority (NTA) until his retirement.

The family of Mr Oyebanji confirmed to the News Agency of Nigeria that he died on Saturday morning at the National Hospital, Abuja, after a protracted battle with heart failure.

Expressing sadness at the news of Mrs Oyebanji’s death, Makinde commiserated with the Nigerian Television Authority (NTA), the Oyebanji family and Nigerian Journalists in general for the loss of the journalist who he said “personified excellence in sports reporting, while in active service.”

“I received the news of the death of veteran sports Journalist, Akinloye Oyebanji with sadness. His demise at this trying times of our sports development in our country amounts to a sad day for sports journalism.

“His death is equally a great loss to Journalism profession, the NTA Family and all lovers of the good sport.

“I commiserate with the Nigerian Union of Journalists, Nigerian Guild of Editors and sports journalists around the globe for the loss of one of their own.

“Those of us who followed his Career progression will not forget in a hurry how he used his expertise to shape sports Journalism at the NTA, Ibadan, the First Television Station in Africa and at the network stations of the NTA. To say the least, Sports Journalism has lost a gem,” Makinde was quoted as saying.

“While we pray that the good Lord should condole his immediate family and give his colleagues, the Sporting world and Journalism, in general, the fortitude to bear this great loss, we equally urge the widow, the children and members of the immediate family to remain strong in their determination to actualise the unfulfilled dreams of the departed.

“May his gentle soul rest in perfect peace, Amen,” the governor added.

NAN reports that Mr Oyebanji served the NTA for 35 years in different capacities, including being a sports broadcaster, and later as General Manager (Sports).
He retired as Managing Director of NTA Properties at the authority’s headquarters in Abuja.
Mr Oyebanji, who hailed from Kwara, is survived by four children and a wife. 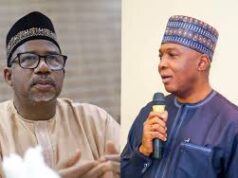 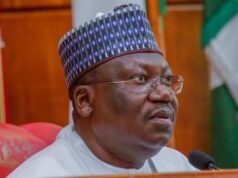 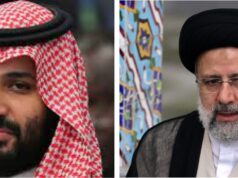