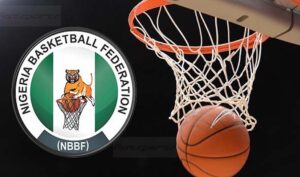 President Muhammadu Buhari came to power on three cardinal campaign promises – to fight corruption, improve the economy, and fight insecurity. Even the president’s harshest critics cannot dispute the fact that the president abhors corruption. There is, however, one Tijjani Umar, a permanent secretary in the Villa who is mired in a corruption deal. The deal, as I wrote in https://thepolitico.com.ng/the-phantom-embezzlement-in-the-nbbf/ and in https://www.vanguardngr.com/2021/11/the-phantom-embezzlement-at-nbbf/ involves the sum of US$2.2million which Econet Media Limited confirmed it paid to Umar as Nigeria Basketball Federation (NBBF) president in partial fulfillment of a ‘Kwese TV Programme Purchase Deal’ to own all TV rights of broadcasting NBBF league matches for a period five years.

Econet Media Limited, a company incorporated in the Republic of Mauritius owned the now failed Kwese TV. The company entered into the ‘Kwese TV Programme Purchase Agreement’ with the NBBF on the following abridged terms: to own “All NBBF events including a minimum of 160 games per season in the DSTV  Premier League (Men) and 164 games per season in the Zenith Bank League (Women), but excluding all national team events (competition)”; the agreement was for the period January 1, 2017 to December 31, 2021; a total of US$12million as license fee for the program’s duration; and payments of the US$12million fee in 10 installments.

Umar signed the agreement on behalf of NBBF and one Mike Mootien signed on behalf of Econet on March 14, 2017. In June 2017 however, Umar’s second term as NBBF president expired and an election under the supervision of the Solomon Dalung-led ministry of sports and youth development and the Nigeria Olympic Committee (NOC) in Abuja returned Engr. Musa Kida as president while Umar and his followers traveled to Kano to return him as president for the third time. As I wrote last week in https://thepolitico.com.ng/nigeria-basketball-federation-nbbfcrises-the-facts/ ,  FIBA, the governing body of basketball in the world, elected to deal with Kida as president until the crisis was resolved. 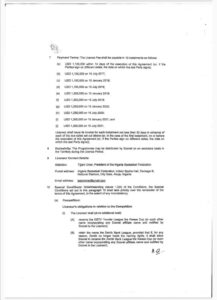 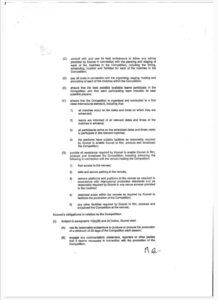 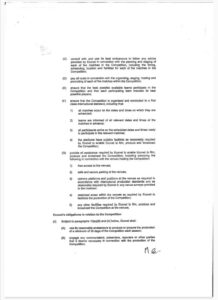 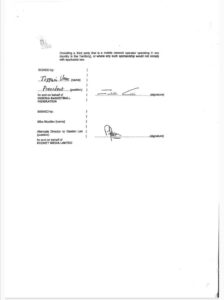 After the Kida-led board was sworn in in July 2017 and the Umar-led expired board refused to hand over the affairs of the NBBF, the Kida-led board wrote to Econet on the agreement it entered with the Umar-led board. In its reply, Ref. No. NBBF/KW/10/2017/1 dated August 11, 2017, and signed by one Philip Leavesley, General Counsel, the company sent the agreement document published here, and expressed concern that “the current Board of NBBF would not be aware of the current Programme Purchase Agreement/Deal Memo concluded between NBBF and Econet Media Limited, which agreement has been in operation for some time (since 1 January 2017).” 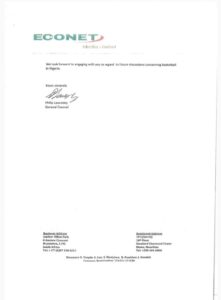 The letter further stated: “We confirm that we have undertaken the production and broadcast of the matches hosted by NBBF and made substantial payments of licence fees in consideration for the grant of broadcast and sponsorship rights as set out in the agreement.”

A total of US$2.2million was therefore paid to Umar in two instalments. While the first payment was made while Umar was in office, the second was in July after the new NBBF board had been sworn in. Till today, Umar has not handed over these monies to the NBBF.

There was hope that the House Committee on Sports would get to the bottom of this when last week, on Monday, it got into investigating the finances of the NBBF but it abruptly canceled its resumed hearing when the Kwese US$2.2million came to fore. Stakeholders in the sport conclude that the US$2.2million Kwese Deal money was stolen and the mess is more than is perceived at present as it could involve many other people in positions of authority.