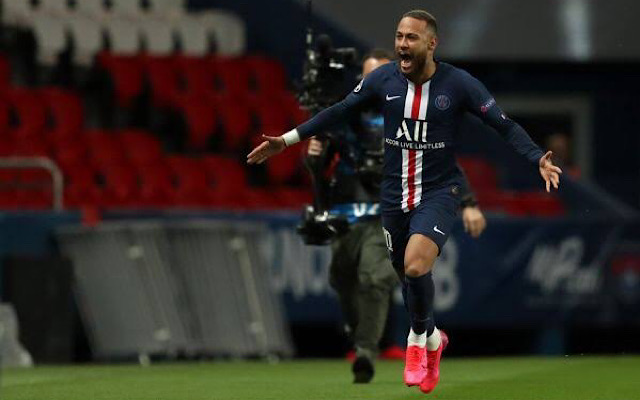 Neymar scored one and set up the other as champions Paris St-Germain beat Lens to move top of Ligue 1 briefly.

Lille went back to the top later on Saturday with a 2-0 win over Nice and are three wins from the title.

Neymar slotted in Paris St-Germain’s opener at Parc des Princes, then saw his corner headed in by Marquinhos.

Fifth-placed Lens halved the deficit almost immediately when Ignatius Ganago reacted quickly in the box to fire in but PSG saw out the win.

“It was hard, especially in the second half. Before the game we needed four wins from four games so we’ll take the three points, that’s the most important,” said PSG centre-back Presnel Kimpembe.

PSG were without France striker Kylian Mbappe, who was struggling with a calf injury and not risked by manager Mauricio Pochettino.

PSG, who are going for a fourth successive Ligue 1 title, travel to Manchester trailing 2-1 from the first leg in the French capital.

Turkey internationals Burak Yilmaz and Zeki Celik both scored from outside the box as Lille beat 10-man Nice 2-0. They are one point above PSG with three games left.