I saw the film first in 2011 on my PC. Its fate won’t be different from the good ones before it, it will be archived. To be watched over and over again. Black Gold, released in 2011, was adapted from Hans Ruesch’s 1957 novel ‘South of the Heart’.

Set in early 20th century between two Middle East communities who incessantly warred over a large expanse of barren land that bordered them – The Yellow Belt. With needless casualties on both sides, diplomacy remained the only option on the table. Sultan Amar of Salmaah and Emir Nesib, Sultan of Hobeika agreed to a pact. The terms of the pact? The two sons of Amar taken as hostages and to be raised by Nesib as his own, the Yellow Belt to belong to neither community and they swore before God.

The pact was kept for 15 years until oil was discovered in The Yellow Belt which Emir Nesib exploited for the good of his people. It is easy to blame the truce breaker, but if one’s beloved wife alongside hundreds of Hobeika’s residents were lost to cholera outbreak, due to lack of potable water, shortly before the oil discovery, even the best of men with sterling characters will be tempted to renege on any pact if only to better the lots of their people. Whichever way you see it, Nesib was wrong and war ensued between the erstwhile peaceful neighbours.

This preamble did not even scratch the surface of that good movie, I have watched it again twice in the last 3 days. That film is best watched but the meat of this article is about the conversation that occurred between Emir Nesib (played by Antonio Banderas, AB) and the community physician.

Emir Nesib: Does this happen in Paris? Would my wife have died in Paris?

Physician: No, Your Majesty.

Emir Nesib: Does this happen in London?

Physician: The last cholera epidemic in London was probably 100 years ago.

Emir Nesib: That’s where we are. 100 years behind the West.

Do you know what necessitated this write up? The recent statement credited to Nigerian Health Minister. According to thecable.ng, Prof. Isaac Adewole was quoted to have said “that being a government official doesn’t necessarily stop one from going abroad for medical treatment.” His reason is valid: “There is this bond between a doctor and a patient that is very hard to break. If I was seeing a doctor in the UK before becoming a minister, being a minister now does not necessarily mean I should detach myself from the doctor”.

But there is something the Honourable Minister did not tell us and it is that a strong doctor-patient bond is built on confidence. Confidence in the ability of the doctor and the medical facilities to deliver quality healthcare. While we do not lack good doctors in Nigeria the same cannot be said of our medical facilities which are eyesores despite the huge funds reportedly injected into the country’s health care system over the years.

In 2009, a lecturer at the University of Ibadan, who is also a lawyer, an activist and now a political appointee of one of the governors in South West, was a guest speaker at an event organized by the press organization I belonged to then – ZikPress Organization of Nnamdi Azikiwe Hall, UI. He decried his wife’s child delivery experience in a government-owned tertiary health institution; how the torchlight of a small Nokia phone was the only source of illumination during the Caesarian Section on his wife. He recanted that disheartening event with some humour and we just laughed it off but deep within, we all mourned our ailing health sector. Years down the line, not much has changed. Similar stories are heard from different government-owned healthcare facilities across the nation.

The man and his wife may trust the doctor for his clinical skills, definitely not the medical facility that can not supply electricity for Caesarian Section. The doctor-patient bond in this scenario risks being broken. With a major financial uplift, he won’t visit that hospital again with his pregnant wife. He will turn to the medical facilities which are state of the art in the developed countries our government officials rush to for medical attention. That is the difference between the West and us: the well-equipped hospital facilities with courteous patient care; a potent determinant of strong doctor-patient bond.

President: Would this have happened in London? Would a UK Prime Minister have travelled to Nigeria to treat an ear infection?

President: Has it ever happened to an American President?

Health Minister: The last time an American President traveled out of his country’s shores for medical vacation was… erm. erm. It has never happened before, Sir.

President: You mean since independence, no American President has sought medical help abroad! That’s where we are. 241 years behind America.

Like Emir Nesib, our leaders should raise serious concern over our ailing and failing health sector that gulps billions of Naira annually but sadly can not manage a common ear infection of our number one citizen. Until we desist from shamelessly defending medical tourism of government officials, we won’t see the need to declare a long overdue state of emergency in our health sector. Our hospital management, as a nation, should be seriously looked into too. Let there be provision of medical facilities, akin to the ones in the West, in government-owned hospitals and see how doctor-patient bond will blossom while medical tourism by Nigerians, regardless of their status, wanes.

In the last days of Nelson Mandela, he battled pneumonia for many months which called for several hospital visits and admissions all within the borders of his country, South Africa. The South African government considered it a shame to fly their Madiba to UK for medical care. But here in Nigeria, our Health Minister has a very plausible reason why government officials should continue frequenting medical facilities in the West.

To change the lot of our nation, we need a change of attitude. An attitude that dispassionately analyses our challenges with a view to tackling them with tenacity of purpose, not coming with alibi, however logical. Until then ‘Change,’ the hobbyhorse of this present administration, remains a ruse.

Dr. Taiwo Fasua is a Dental Surgeon and Social Commentator. He writes from Yola. He can be reached on fasuataiwo@gmail.com 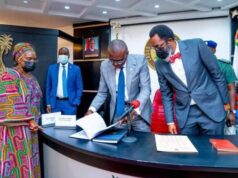 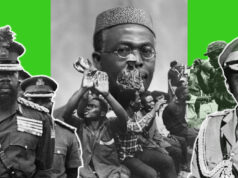 My Thoughts on the Situation in Southeast Nigeria. 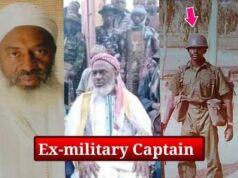 War has Never Been a Solution Anywhere Anytime