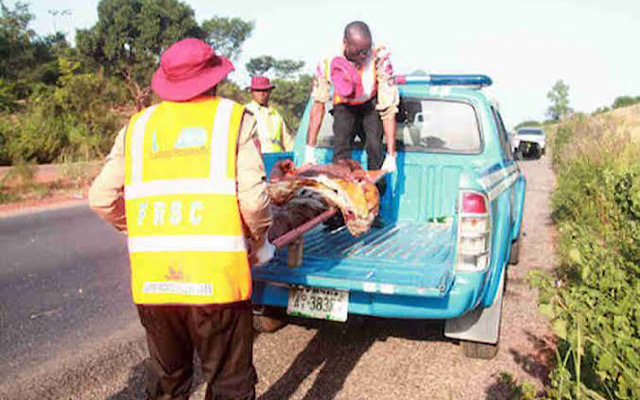 One person has lost his life while three persons sustained various degrees of injuries in a road crash that happened in Ikoyi, Lagos State in the early hours of Sunday.

According to the Head, Public Affairs of the Lagos State Emergency Agency, Nosa Okunbor, the accident occurred around 01.40 am.

Okunbor explained that the accident happened around Golden Gate in Ikoyi when two vehicles had a head-on collision.

The spokesperson, who said LASEMA recorded a new Response Time by getting to the scene of the accident in 10 minutes, identified the deceased as an adult male.

He said, “On arrival at the scene, it was discovered that a white, unregistered Ford Ranger Jeep and a white Nissan Jeep with registration number KRD 499 GE, had a head-on collision at the traffic stop junction of the road.

“Further investigation carried out revealed that both vehicles whilst speeding, ran into each other at the intersection of the road.

“An adult male lost his life and three adult males had various degrees of injuries. Two were attended to by the agency’s paramedics and thereafter taken to the hospital in our ambulance.

“The affected vehicles have been recovered and taken to a police station in Ikoyi.

“The LASEMA Response Team and officers of the Nigeria Police Force were the responders present at the incident scene.”