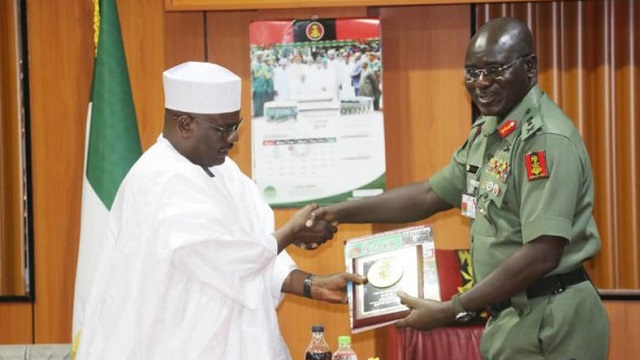 The House of Representatives  Committee on Army has set up a subcommittee headed by Tajudeen Adefisoye,  to interface with the army and address areas of concerns and report back to the committee next Tuesday.

The committee took the decision on Thursday at the end of the meeting between the House Committee and the Chief of Army Staff, Tukur Buratai to seek explanations on the purpose and rationale behind the proposed exercise.

Speaking during the meeting, House Committee Chairman on Army, Abdulrasak Namdas said “Giving the quantum of issues at hand, we are shocked to hear that the military is adding to its authority by taking the job of the Police or Immigration.

“So we felt that it was necessary for us to sit down with the military; you have your roles to play and we expect that you cannot add for yourself especially roles not envisaged in the Constitution.

“Today’s military is subservient to the civil rule and you take authority from the civil; as a parliament, we will not rely only on information in the papers and that’s why we called you to explain more,” he said.