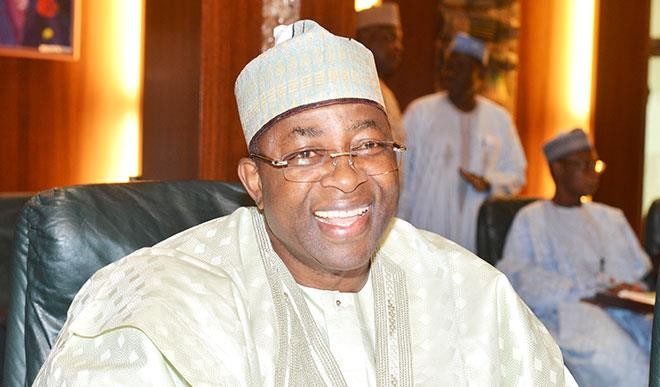 Bauchi State Governor Muhammed Abubakar has disclosed that his administration pays a whooping sum of N5.1 billion monthly from its federal grants as salaries to the 105, 000 workers it inherited, lamenting that the development poses serious financial challenges to the government.

Speaking at a public lecture organized by the government to mark this year’s democracy day celebration held at Zaranda Hotel, Bauchi, Abubakar pointed out that the state received not more than N4.9 billion last month from the federation account ”which means more than 80 percent of the money was expended in the payment of civil servants’ salaries”.

He, however, said that his government should be appreciated for embarking on 27 road projects across the state within the two years of its inception despite the paucity of funds and backlog of salaries it settles monthly.

The governor, who enumerated the ongoing roads projects being carried out by the state government to include dualization of township roads, renovation of dilapidated ones as well as the construction of new ones in Katagum, Misau and Gamawa local government areas, added that 19 primary health care centres were also built in parts of the state within the period under review.

“Can you imagine that Kano State which has 44 local government councils has a workforce of just 95, 000 but Bauchi which has only 20 local governments has over 105, 000 workers on its monthly payroll amid the present economic recession? So we need to be appreciated for embarking on these important projects within two years despite our financial predicament,” he said.

In his lecture entitled, “Engendering Good Governance in Democracy: The Imperative for fighting Corruption in Nigeria”, the guest speaker Professor Salisu Shehu, also a dean at the Bayero University Kano, opined that corruption was the bane of Nigeria’s under development since the transition to democracy in 1999.

He applauded President Muhammadu Buhari’s current fight against corruption and advised the anti-graft agencies to not only probe corrupt public officers but should prosecute them to serve as a deterrence to others.