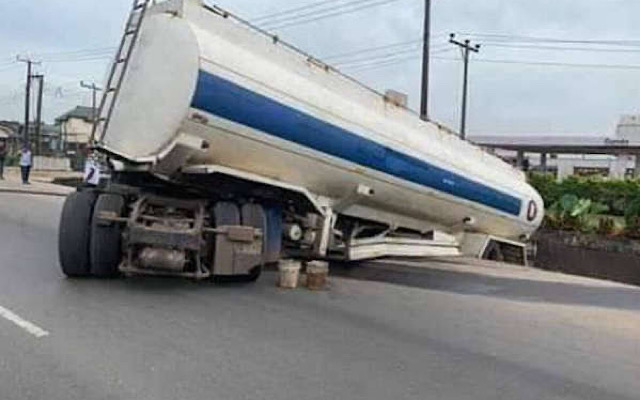 It spilled its content on the road which led to traffic jam on the busy road currently undergoing repairs.

Personnel of the Federal Road Safety Corps and Fire Service are currently on ground to direct traffic and prevent an explosion from occurring.

The incident has also increased traffic build-up on some other major roads such as Ibadan-Ijebu-Ode road and New Garage.