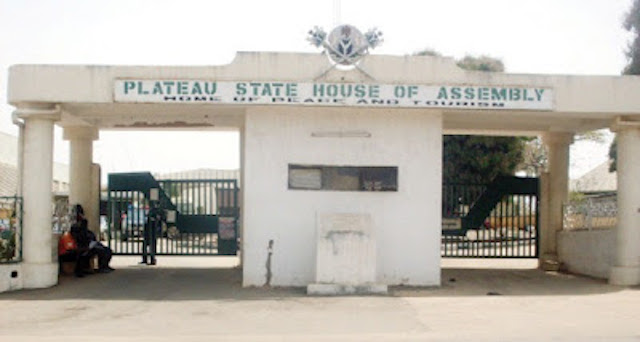 Plateau State  House of Assembly  has screened and confirmed 20 nominees for appointment as commissioners.

It could be recalled that Gov Simon Lalong forwarded the list of the nominees on Feb. 21, 2018, less than two weeks after he dissolved the entire cabinet.

The lawmakers subjected the nominees to intensive scrutiny before unanimously confirming them via a voice vote.

The confirmation of 20 nominees brings the total number of commissioner-designate to 23 as three other nominees were earlier forwarded to the House on Feb. 13, and cleared the next day.

Speaker Peter Azi, in a brief address to the nominees, advised them to be good ambassadors of the state and strive to make a difference.

Azi advised those eyeing elective offices in the 2019 election to reject the appointment so as to fully concentrate on the assignment at hand.

Meanwhile, the 17 APC lawmakers in the House on Tuesday passed a vote of confidence on Lalong, and urged him to re-contest the governorship seat in 2019.

According to Baba-Hassan, the governor has done so well and will do even more if given a fresh mandate.

Majority Leader of the House, Mr Henry Yunkwap, who supported the motion, agreed that the governor had performed credibly “especially in the equitable distribution of resources”.

On his part, Mr Yusuf Gagdi (APC/Kanam) said that he had been mandated by his constituents to plead with Lalong to seek a fresh mandate so as to deliver more democracy dividends to the people.